Roy•al•ty: Royal status, dignity, or power; sovereignty: to be elevated to royalty. 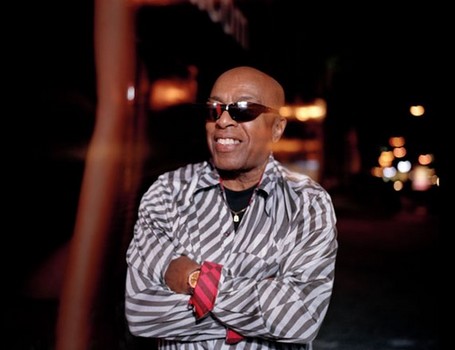 Jazz is described as a style of music, native to America, characterized by a strong but flexible rhythmic understructure with solo and ensemble improvisations on basic tunes and chord patterns and, more recently, a highly sophisticated harmonic idiom. Let's break it down for you further as we talk about Roy Haynes. Thelonious Monk once described Roy Haynes’ drumming as “an eight ball right in the side pocket.” Jack DeJohnette calls Roy’s provocative percussion “a rare combination of street education, high sophistication and soul.”

Formed in 2007, the Kente Arts Alliance is an African American arts organization whose mission is to present high-quality art of the African Diaspora. Kente’s aim is to present art with a purpose by presenting programs that entertain, inform and uplift the residents of underserved communities. The presentation at the New Hazlett Theater is the second in the Jazz ROYality series featuring celebrated Jazz artists named Roy. Haynes has played nearly every style of jazz: swing, bebop, and jazz-fusion, avant-garde, you name it. His performance with those three young men at the Hazlett presentation by Kente Arts was an awe inspiring set that you really had to be there to appreciate. The intimate conversation with the audience members, the showmanship, his unique rhythmic approach and his tap dancing was something to behold. It will indeed be a concert to remember. The evening was also a reunion for the drummers who came out in support of Haynes. In attendance was master drummers Joe Harris and Roger Humphries as well as Tom Wendt.

Haynes has been blessed to play with Louis Armstrong, Lester Young, Charlie Parker, and Thelonious Monk, Sarah Vaughan, Miles Davis, John Coltrane, Dizzy Gillespie, Henry Grimes, Oliver Nelson, Billy Taylor, Hank Jones, George Adams, Roland Kirk, Chick Corea, Pat Metheny and many others including John "Squirrel" Mosley during his long career. Haynes has been “hard swinging” since 1944, when he made his professional debut at the age of seventeen in his native Boston. Born March 13, 1925, Roy Haynes worked early on with the Sabby Lewis big band, Frankie Newton and Luis Russell.

The Fountain of Youth Band current lineup is pianist Martin Berjerano, bassist David Wong and saxophonist/flutist Jaleel Shaw. Berjerano, Wong and Shaw put on outstanding solo performances and each musician talked about working with Haynes and how he has enhanced their musical experience.

Reflecting on Roy Haynes in a recent conversation bassist Henry Grimes said, “Roy HAYNES!! Master of percussion, most musical of drummers. Working with Roy Haynes meant every musician had to shape right up under his understanding of music. His attitude is a kind of demanding equanimity, expecting and knowing that you will give him what he wants in the music. We worked together in the early '60s someplace on Long Island two or three times with Jaki Byard and Rahsaan Roland Kirk, and as I remember, another time the pianist was Harold Mabern, and then Roy called me to record "Out of the Afternoon" with Rahsaan and Tommy Flanagan in 1962 for Impulse!. People still come up to me and say that's their favorite album of all time, especially young musicians."

Haynes latest album is entitled "Roy-alty" and he continues to perform worldwide. With his latest group of musicians, Haynes elevates the performances of his Fountain of Youth Band with an incredible give and take between generations fueled by masterful musicianship. The NEA Jazz Master also received in 2011, the Grammy Lifetime Achievement award in Jazz.

For more information on Roy Haynes go to: http://www.allmusic.com/artist/roy-haynes-mn0000290464

For more information on Kente Arts Alliance go to: http://www.kentearts.org/