One day in the early 1970s when he was in school at Morehouse College in Atlanta, a friend going to audition for a play asked Mr. Nunn to tag along with him. The production needed extra bodies, and the director asked Mr. Nunn if he was interested in joining the cast.

“He said ‘yeah,’ “ said Mr. Nunn’s sister, Lynell. “So it wasn’t something he initially sought out, but once he got a taste of it he fell in love.”

Mr. Nunn, known for the iconic roles of Radio Raheem in Spike Lee’s “Do the Right Thing,” and Joseph “Robbie” Robertson in Sam Raimi’s Spider-Man films, died Saturday morning in his family’s Hill District home after a long battle with leukemia. He was 63.

Mr. Lee first announced the death on Instagram, and it later was confirmed by Pittsburgh-area sources in the theater community and Mr. Nunn’s family.

“My Dear Friend, My Dear Morehouse Brother — Da Great Actor Bill Nunn As Most Of You Know Him As Radio Raheem Passed Away This Morning In His Hometown Of Pittsburgh,” Mr. Lee wrote. “Long Live Bill NUNN. RADIO RAHEEM Is Now RESTING IN POWER. RADIO RAHEEM WILL ALWAYS BE FIGHTING DA POWERS DAT BE. MAY GOD WATCH OVER BILL NUNN.”

Mr. Nunn was the son of a prominent Steelers scout, also named Bill Nunn, and Frances Nunn, who Lynell Nunn said was “the biggest rock in his life.”

Mr. Nunn grew up in Pittsburgh and graduated from Schenley High School in 1970. Both he and Mr. Lee graduated from Morehouse. He later lived in Atlanta, where he worked as artist in residence at Spelman College.

He acted in three of Mr. Lee’s movies — “School Daze,” “Do the Right Thing” and “Mo’ Better Blues.” He also was known for his work in the movies “New Jack City” and “Regarding Henry.”

In addition to working with Mr. Lee on some of his classic films, Mr. Nunn later became synonymous with the Marvel Comics character Joseph “Robbie” Robertson, who constantly clashes with the comical tyrant that is J. Jonah Jameson at the Daily Bugle. He appeared as Robertson in all three of Sam Raimi’s Spider-Man films.

Mr. Nunn may have been most widely recognized for his work in film, but he also had an extensive career in theater. In 2008, he founded the Bill Nunn Theatre Outreach Project, which helped underserved public school students in the Pittsburgh region to learn theater arts from professionals.

“A big thing for him was that he really wanted to help young people; it was a passion for him, and it was a vocation for him,” said John Amplas, a Point Park University professor who worked with Mr. Nunn. “And that’s how he spent those last years of his life, he spent it working with kids, working with young people. It was his mission to be of service to others. I think that’s the most important thing about Bill is he cared for others and in a way that helped change their lives, helped to make lives better.”

“He pretty much compared August Wilson to Shakespeare,” said Demeatria Boccella, managing director of the theatre outreach project. “Bill just held August Wilson in high regard and thought he was a brilliant playwright, and knew that these kids would be able to relate to his work, to his writing.”

Family and friends said it was of the utmost importance to Mr. Nunn to give children opportunities to learn about Mr. Wilson’s work and the theater industry.

“It’s a really tough world, the entertainment world,” said Mark Clayton Southers, founder and producing artistic director of the Pittsburgh Playwrights Theatre Company. “So the fact that anyone who had any level of success would end up being approachable and work with you one on one, it speaks in volumes for his character the type of person that he was.”

To those who knew him, Mr. Nunn was more than approachable — he was a friend.

“Maybe there’s somebody out there that you could find that he didn’t like, but I can’t imagine finding anybody that didn’t like him,” Lynell Nunn said. “Every friend that he ever had from kindergarten on he still has and still is in touch with and still thought the world of him.”

Funeral arrangements were incomplete, but the family said it expects to hold a memorial service soon. 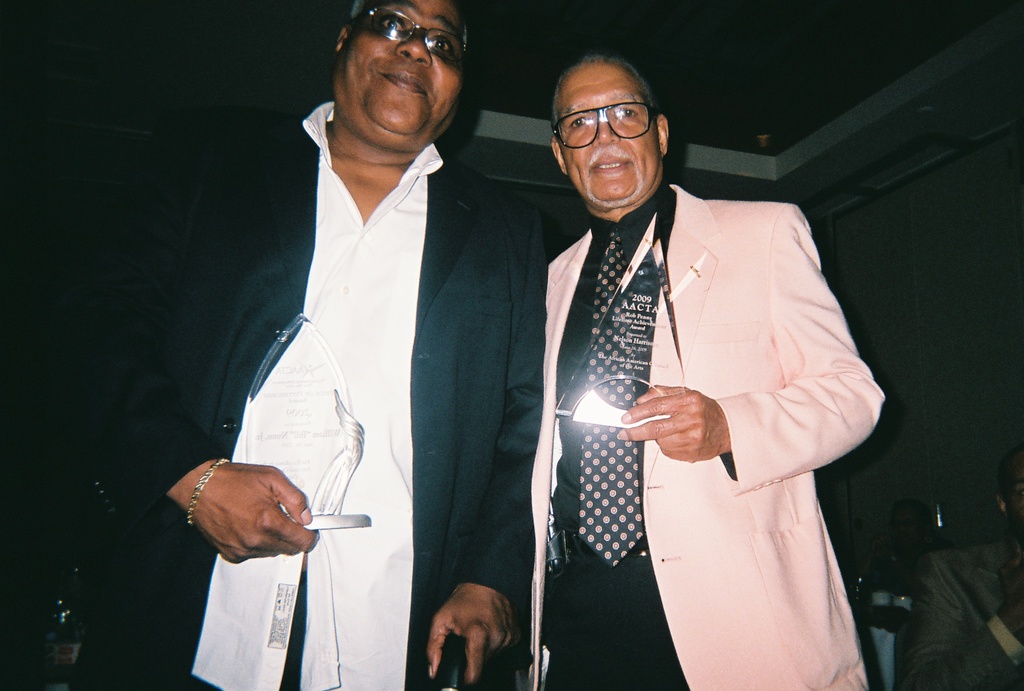 Our condolences go out to the Nunn family.