Bassist Baron Browne Has Died at 61

Bassist Baron Browne Has Died at 61

His work with Jean-Luc Ponty, Billy Cobham, Mike Mainieri, Steve Smith, and others established him as an important fusion player 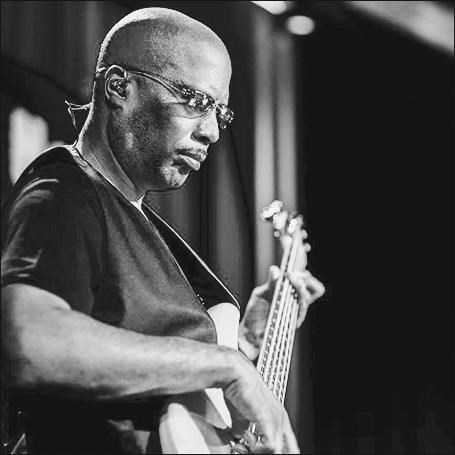 Baron Browne, an accomplished electric bassist who made his deepest mark in the jazz-rock fusion realm, died early on the morning of September 2 at his home in Randolph, Mass., after a long battle with brain cancer. He was 61.

Over a four-decade career, Browne played with a diverse cast of musicians, from Tom Jones to Brian McKnight to Andrea Bocelli. However, he was best known for his recording and touring work with violinist Jean-Luc Ponty, drummer Billy Cobham, vibraphonist Mike Mainieri, and saxophonist Walter Beasley. He also collaborated with drummer Steve Smith in three different bands, including Smith’s acclaimed fusion group Vital Information.

“Baron’s extreme versatility and seasoned professionalism made him my first-call bass player since 1998,” Smith said in a statement. “When I knew Baron was on the gig, I could relax and knew he would take care of business…. Each night he would spontaneously create new bass parts that were compositionally correct and funky as hell.

“His personality was dynamic, his sense of humor infectious, and everyone that knew him loved him.”

Browne’s easy sense of humor was something of a calling card for the musician. “Always had me cracking up,” Boston-based vocalist Lydia Harrell said. “He made wedding reception gigs so much fun…. I still to this day remember all of the quotes he would play within other songs and the silliness he would bring.”

While his prowess kept him in high demand for touring projects, Browne also maintained a lower-key local presence, working with a band called Night Shift on wedding gigs in the greater Boston area.

When his death was made public, tributes to Browne poured in across social media. “We lost a great musician and one of our best friends,” Ponty wrote on his Facebook page.

“The most underrated bassist in history,” wrote guitarist Dean Brown, a bandmate of Browne’s with Billy Cobham. “A brilliant musician and a dear friend.”

Baron LeRonn Browne was born in 1955 and raised in Brunswick, Georgia. His interest in music began as a child; at age seven he started learning to play his uncle’s drum kit. He also took piano and guitar lessons, but by 13 had discovered that his real love was the bass guitar.

In 1978, Browne matriculated at Boston’s Berklee College of Music, where he spent a year before beginning a full-time career as a professional musician with then-Boston-based guitarists Bill Frisell, Mike Stern, and future Tonight Show bandleader Kevin Eubanks. In 1982, he made his first recording, Mudd Cake, as a member of trumpeter Tiger Okoshi’s band Tiger’s Baku.

In the 1990s, Browne entered perhaps his most diverse period, during which he toured with Tom Jones, Brian McKnight, and the R&B band Exposé as well as with Ponty and Beasley. He joined the fusion ensemble Steps Ahead, a loose collective of players centered around vibraphonist Mike Mainieri, in 1992. As the decade progressed, he also worked with another vibraphonist, Gary Burton, in his touring band; and, beginning in 1998, with Smith in Vital Information. Smith was so impressed with Browne’s abilities that he would also employ the bassist in his acoustic ensembles Buddy’s Buddies and Jazz Legacy—putting Browne into three very different musical contexts. He excelled in all three.

“Baron impacted the sound and direction of all of my groups and played on 12 of my albums,” Smith added. “He was deeply funky, adept at straight-ahead swing, R&B, rock & roll, and Latin music.”

Although he had a strong charisma to go with his musical ability, Browne preferred to work as a freelancer and a sideman, both on records and in touring bands. Offstage, he was a private person who chose to spend his time between gigs quietly at home with his wife of 20 years, saxophonist Gail McArthur-Browne, a teacher at Berklee. Avid golfers, he and Gail regularly played with musical friends Ray Greene, vocalist for the band Santana, and Cape Cod Jazz Festival director Bobby Talallah.