Della Reese, Singer and ‘Touched by an Angel’ Star, Dies at 86

Della Reese, Singer and ‘Touched by an Angel’ Star, Dies at 86 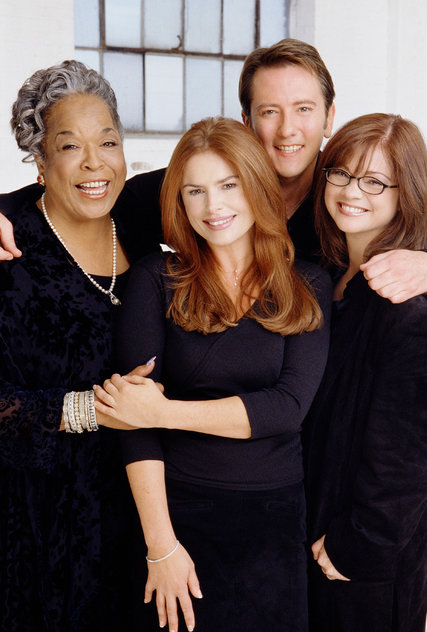 Della Reese, left, with other cast members of “Touched by an Angel” in 2003. From left are Roma Downey, John Dye and Valerie Bertinelli. Credit CBS


Della Reese, the husky-voiced singer and actress who spent almost a decade playing a down-to-earth heavenly messenger on the CBS series “Touched by an Angel” and became an ordained minister in real life, died on Sunday night at her home in Encino, Calif. She was 86.

Her death was confirmed by her manager, Lynda Bensky. She did not specify the cause but said that Ms. Reese had diabetes.

Ms. Reese had been under contract to Jubilee Records for three years when, in 1957, she had her first big hit record, the romantic ballad “And That Reminds Me.”

Named the year’s most promising “girl singer” by Billboard, Variety and Cash Box, she was soon making regular appearances on the leading television variety shows of the day. Her biggest hit was “Don’t You Know” — adapted from “Musetta’s Waltz,” an aria from “La Bohème” — which reached No. 2 on the Billboard singles chart in 1959.


Very much enjoyed her role in Touched by An Angel. I, too, loved her voice and her chutzpah when she showed it. Just seemed like a...


During my foreign service career I never traveled to a foreign country without my recordings of Della Reese AND Nina Simone. They brought...


Really a Renaissance woman. I enjoyed her acting and comedic talent. Teaming her up with Red Foxx in Harlem Nights had me rolling on the...


But she became best known as an actress, particularly in the sentimental drama series “Touched by an Angel,” which had its premiere in 1994 and evolved into one of prime time’s top-rated shows. It placed in the Nielsen Top 10 from 1996 to 2000, with an average of more than 20 million weekly viewers at one point.

In the show, Ms. Reese, by then in her 60s, was cast as Tess, a stern but loving supervisor of angels who guided a softhearted and less experienced angel, Monica (Roma Downey), in helping humans at crossroads in their lives. The series told reassuring stories of forgiveness and second chances with mild irreverence. (“You get your little angel butt back to the city,” Tess told Monica in one episode.)

Ms. Reese contended that no career switch was involved. “Every time I sang the blues, I wasn’t blue,” she said in a 2008 interview for the Archive of American Television, alluding to her emotional connections and delivery as a vocalist. “I was already acting.” 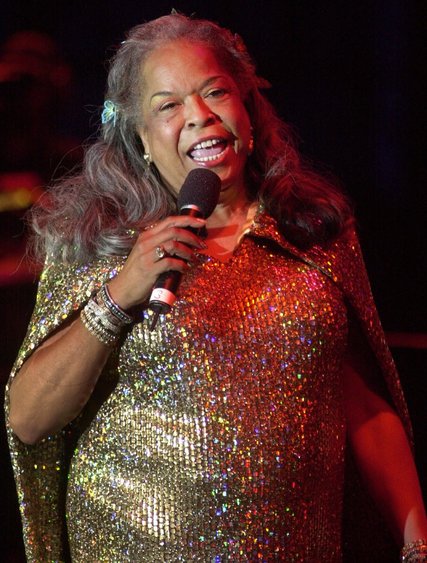 Ms. Reese performed in concert in 2001 as part of Detroit 300, a festival celebrating the city’s 300th anniversary. As a singer, she had her first big hit record in 1957, with the romantic ballad “And That Reminds Me.” Credit Paul Warner/Associated Press


Ms. Reese’s religious faith was a major influence in her career. In 1996 she told The Chicago Tribune that she had consulted with God about whether to sign on for “Angel.” “As clearly as I hear you,” she said, “I heard him say: ‘You can do this. I want you to do this, and you can retire in 10 years.’ ”

The series lasted nine years, and she continued to act for another decade after that.

The only notable complication during the show’s run was a highly publicized salary dispute during the 1997-98 season. Ms. Reese went public with her displeasure at being offered a 12.5 percent pay increase for the new season, while Ms. Downey received a 100 percent raise.

The matter was settled the next summer with a three-year agreement that eventually increased Ms. Reese’s salary from $40,000 to $100,000 per episode (which was still less than what Ms. Downey was earning). Part of CBS’s argument against the raise was that the network had made scheduling concessions to allow Ms. Reese to fly from the set in Utah to California every weekend for church services.

In the 1980s, Ms. Reese had been ordained as a minister by the Universal Foundation for Better Living and founded the Understanding Principles for Better Living Church, a nondenominational Christian ministry. She delivered Sunday sermons there for many years.

Delloreese Patricia Early was born on July 6, 1931, in Detroit. Her mother, the former Nellie Mitchelle, was a domestic worker and her father, Richard, a steelworker, but there were early signs that their daughter might occupy a completely different world.

When Delloreese was 13, Mahalia Jackson heard her sing at a Baptist church and invited the girl to join her gospel-choir tour. “I was arrogant enough to think I was helping out this old lady,” Ms. Reese recalled in a 1998 interview with The New York Times.

She entered Wayne State University with plans to become a psychiatrist, but after her mother died she had a falling-out with her father, left school, moved out of the family home and supported herself with a variety of jobs, including music.

Her big break was a one-week engagement at the Flame Show Bar in Detroit, which she won in a contest that asked newspaper readers to vote for their favorite local singer. That one week turned into months, a manager spotted her, and she soon moved to New York, where she became a vocalist with the Erskine Hawkins Orchestra. Although her biggest hits came in her youth, she continued to record well into her 60s and received a Grammy Award nomination for her 1998 gospel album, “My Soul Feels Better Right Now.” 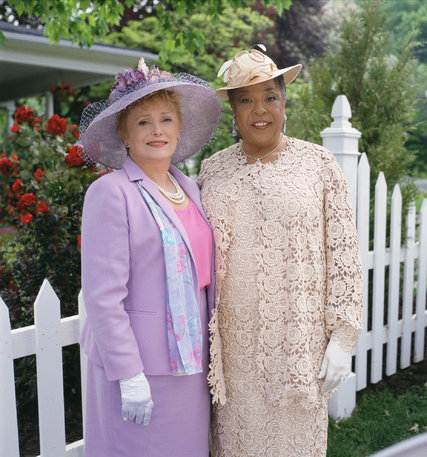 Ms. Reese with Rue McClanahan in the 2000 television movie “The Moving of Sophia Myles,” about a pastor’s widow who fights to remain in her church-owned home. In real life, she was an ordained minister with a congregation in California. Credit John Seakwood/CBS


Ms. Reese made her television acting debut as a nightclub owner on the police series “The Mod Squad” in 1968. She went on to appear in scores of television movies and series, including the 1970s sitcom “Chico and the Man,” in which she had a recurring role, and the 1991-92 series “The Royal Family,” which ended shortly after the death of her co-star Redd Foxx.

Feature films were not a major part of her career — she appeared in fewer than a dozen — but she considered her role as a 1920s madam in Eddie Murphy’s “Harlem Nights” (1989) pivotal because it proved she could play a character different from the ones she had in the past. She told The Ottawa Citizen in 1997, “For a long time, I was the woman who owned the club where the star came in after he broke up with his girlfriend.”

Ms. Reese, who sometimes filled in for Johnny Carson as guest host on “The Tonight Show,” was the first black woman to host a national television variety-talk show. The syndicated “Della” lasted only one season (1969-70), but that amounted to almost 200 episodes. Her guests included George Burns, Ike and Tina Turner, Little Richard, Steve Allen, Tony Bennett, Ethel Waters and Gypsy Rose Lee.

“The Tonight Show” was also the occasion for a brush with tragedy. In 1980, while taping a musical segment, she suffered a brain aneurysm that almost proved fatal. After multiple operations, she returned to work.

After “Touched by an Angel,” Ms. Reese continued to act occasionally in movies and on TV. Her last roles were in two holiday-themed 2013 television movies, “Dear Secret Santa” and “Miracle at Gate 213” (NBC), and two episodes of the Hallmark Channel series “Signed, Sealed, Delivered” (2014).

Ms. Reese married Vermont Taliaferro, a Michigan factory worker, in 1951. They were divorced in 1958. Her second husband, from 1959 until their divorce in 1961, was Leroy Gray, an accountant. A brief 1961 marriage to Mercer Ellington, Duke Ellington’s son, was annulled. In 1983 she married Franklin Lett, a concert producer, who survives her.


Complete information on other survivors was not immediately available. A daughter, Delloreese Daniels Owens, died in 2002.

Ms. Reese saw no conflict between her religious beliefs and the enjoyment of stardom’s perquisites. A 2003 Los Angeles Times article quoted one of her sermons: “I like to sit on soft things and sleep late,” she told her congregation, adding playfully: “I like 45 $100 bills in my pocketbook. It kind of makes me feel like a real woman.”

Permalink Reply by Roberta Jean Windle on November 23, 2017 at 4:58pm
What a beautiful person. She will always be remembered.