Farewell to my dear friend and frat brother I. N. Rendall Harper, Jr. 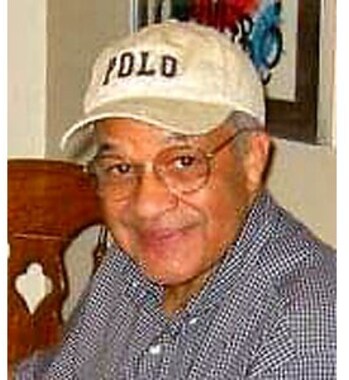 How does it work?

Become the owner of this obituary to manage the guestbook, edit the notice, and more.

I.N. Rendall Harper, Jr. passed away in Pittsburgh, Pennsylvania on May 4, 2020. Mr. Harper ("Rendall") was 81 years old. He was born on July 19, 1938 in Pamplico, South Carolina, the only child of I.N. Rendall Harper, Sr. and Kate Ella Harper. He is survived by his children I.N. Rendall Harper, III (Randy) and his wife, Caprice Johnson; his daughter Tara Harper O'Connor and her husband Stephen O'Connor, and his grandchildren, Kamran Kate Eugenie Harper and Elizabeth Rebecca Kamalika Harper, all of Pittsburgh. Rendall had numerous cousins and friends in North and South Carolina, Georgia and the US Virgin Islands, as well as friends and family here in Pittsburgh who will all miss him dearly. At the age of 13, Rendall left his parent's home in Orangeburg, South Carolina to attend St. Emma Military Academy in Powhatan, Virginia. St. Emma was a Catholic boarding school for African American boys. Upon graduation, Rendall matriculated at Duquesne University where he was a biology major. During his freshman year at Duquesne he met his future wife, Elizabeth C. (Betsy) Johnson at a party at her house. The first thing he said to her was that he was going to marry her. She would later say about that moment that he was charming, but she was not sure he was sane. Betsy preceded him in death in 1999 after 37 years of marriage. While at Duquesne University, Rendall worked as a photographer in the labs at the University of Pittsburgh, taking photos of autopsies and experiments. He also worked as a wedding photographer while still in school. Rendall had a love of photography that he maintained his entire life. He had a long list of friends and family who received a daily photo of his grandchildren in an e-mail, and later a daily text of a photo of a flower. As a wedding guest, Rendall would take photos of the ceremony and the reception, rush to a 24 hour photo store, get three sets of prints, put the photos in albums, and then deliver a copy to the couple and their parents. Recipients would frequently prefer Rendall's photos to the work of their professional wedding photographer, as Rendall was a friend who knew how to create and capture candid moments. Rendall was one of the first African-Americans to work in sales at IBM. His market was hospitals and universities, and he sold the University of Pittsburgh their very first mainframe computer. He left IBM to join the startup company Shared Medical Systems, which he then left in 1977 to create his own company, American Micrographics Company ("AMC"). AMC was a true family business, with Betsy as the general manager, and employing their children, nieces, and his sister in law, as well as the children of dear friends. Rendall had a fertile mind and was a true entrepreneur. He loved research and data, and if you were lucky, he would explain his theory on investing in stocks and options, or his strongly held opinion that coding was an invaluable skill to have. He came from a long line of storytellers. Discussions with Rendall were reminiscent of his father's gatherings under the carport in South Carolina where Rendall Sr. would "hold court." Rendall also loved to barbecue. His ribs and hamburgers were legendary, and he loved to cook ribs to feed friends and family. Rendall also loved to dance with Betsy. Theirs was a wonderful partnership. Rendall was a member of Omega Psi Phi and Sigma Pi Phi (the Boule). He sat on numerous boards including but not limited to Duquesne University, The Art Institute, Shady Side Hospital, The Children's Institute and C-Cor Electronics. He could most often be found on the audit committee, due to his love of data and numbers. Those who knew Rendall also know that he was an enthusiastic technophile, having been an early adopter of the "personal computer" in the early 1980s. The family would appreciate if you would send memories or stories about Rendall to the email address INRHMEMORIES@gmail.com Due to the COVID 19 crisis, the family is preparing a memorial at a later date. Rendall will be interred with Betsy at Allegheny Cemetery in Pittsburgh, PA. Arrangements by BALL FUNERAL CHAPEL, INC.
Published on May 9, 2020