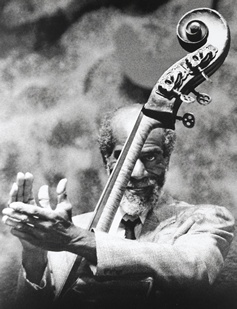 A very talented bassist, John Heard has appeared in a countless number of musical situations through the years, always distinguishing himself.

He started out playing saxophone but switched to bass before joining the Air Force in 1958. After his discharge, Heard worked in Pittsburgh, spent time living in San Francisco (1966-68) playing with Al Jarreau, and primarily freelanced in New York and Los Angeles. Among his many musical associations have been Booker Ervin, Wes Montgomery, Sonny Rollins, Randy Weston, Ahmad Jamal (1972-77), the Count Basie Orchestra (1974-76), Toshiko Akiyoshi, Louie Bellson, the Oscar Peterson Trio, Joe Williams, Barney Kessel, Eddie “Lockjaw” Davis plus many others. Because he is a skilled artist, there have been times when it appeared that John Heard would retire from music, but his absences have been fortunately quite brief. His one date as a leader took place in 1983 for the tiny Los Angeles-based ITJ label

He first attracted serious attention in the early and mid-60s, working with artists such as Tommy Turrentine and Al Jarreau. Towards the end of the decade he was with Sonny Rollins, then settled on the west coast where he became a long-serving member of several bands, including the Ahmad Jamal trio, Count Basie’s big band and small recording groups, and Toshiko Akiyoshi’s group. He was also first call bass player for the big bands occasionally assembled by Louie Bellson, with whom he visited the UK in the late 70s and early 80s. He then spent time with Oscar Peterson, Cal Tjader, George Duke, Joe Williams, Nancy Wilson, Tal Farlow and many other leading singers and jazz musicians. The quality of the company he keeps is eloquent testimony to Heard’s considerable skills. Whether playing in a big band, where his powerful pulse urges along the ensemble, or subtly providing accompaniment to pianists, guitarists or singers, Heard has established an enviable reputation amongst his peers in the jazz world, although he remains relatively little known to audiences.

He was born in Pittsburgh, Pennsylvania, United States.[1]

He also played saxophone in his early years.[2][3] He began playing bass at the age of 14. His professional career began in a band that included sax player Booker Ervin, drummer J.C. Moses, pianist Horace Parlan and trumpet player Tommy Turrentine. While in high school, he attended special classes at the Carnegie Museum of Art.

In 1958, he joined the United States Air Force and was sent to Germany. Because of his art experience he was given a job of designing posters for events. He also did some art teaching, teaching the wives of officers. He left the Air Force in 1961 and enrolled at the Art Institute of Pittsburgh. He returned to music and went to Buffalo and later to California.[4]

In the 1980s, he had converted a North Hollywood garage into a studio and was spending much time there painting. He said that he was hanging out with Santa Monica-based sculptor Jim Casey, who was teaching him the way he wanted to learn. 18 months prior to his being interviewed for the article he had taken up sculpturing. His first one was a bust of Duke Ellington, then one of Billy Eckstine. At the time he was working on one of Louis Armstrong.[5]

Examples of his work are held in the Oakland Museum of California. They include drawings of Bud Powell and Milt Jackson.[6][7]

Playing double-bass, he has worked with Tommy Turrentine and Al Jarreau from the mid to late 1960s.[1] Also in the late 1960s he worked with Jean-Luc Ponty, Sonny Rollins[1] and Wes Montgomery.

In the 1980s, he performed with Eddie "Lockjaw" Davis, Buddy Montgomery and Pharoah Sanders.[8]

In 1981, he played bass on the Blue Balkan album by pianist Larry Vuckovich. Other musicians to play on the album were vibraphonist Bobby Hutcherson and drummer Eddie More.[9] Heard also played with Vuckovich's band on their first "Club Date" show on PBS, which was picked up by at least 120 cities in the U.S. In addition to Heard and Vuckovitch, the band included Tom Harrell on trumpet, and Sherman Ferguson on drums. As an unexpected bonus, the group was joined by saxophonist Charles McPherson for their last piece. The show's producer Paul Marshall spotted him in the audience, and asked him if he had his saxophone which he did and asked him to join them.[10]

In 1983, he joined Tom Ranier and Sherman Ferguson to create the group Heard, Ranier, Ferguson, which released an eponymous album on the ITI Records label in 1983. The album art included a lithograph of Count Basie that was drawn by John Heard.[11][12] An article in Billboard's October 1983 issue, indicated that he was going to be used as a graphic artist for the label. He was to be marketed as both an artist and a musician.[13]

In an article in the Los Angeles Times dated 31 May 1987, he said that he had always wanted to paint, and planned to leave music.[14] Before his retirement he had managed to record with musicians such as Spanish pianist Tete Montoliu, Eddie "Lockjaw" Davis, Art Pepper, Clark Terry, Pharoah Sanders, Zoot Sims and Joe Williams.[15]

After taking time out from music to do painting, he returned to the scene and played with, Benny Carter, Jamal and others.[16]

In 2005, he had his album The Jazz Composer's Songbook released on Straight Ahead Records and produced by Stewart Levine and mastered by Bernie Grundman.[17]

Around the mid-2000s onwards, his group The John Heard Trio played at Charlie O's club in Van Nuys. In 2005, the group consisted of John Heard on bass, Tom Garvin on piano and Roy McCurdy on drums. At the club they played with Justo Almario and Rickey Woodard.[18] Around 2010, the group consisted of Heard on bass, Andy Langham on piano and Roy McCurdy on drums and later around 2011, Lorca Hart instead of McCurdy was on drums. They would play Fridays and Saturdays there. Some of the musicians they would appear with were trumpet player Scotty Barnhart, trumpet player Ron King, saxophonists Chuck Manning, Don Menza, Lanny Morgan and guitarist Thom Rotella.[19][20] 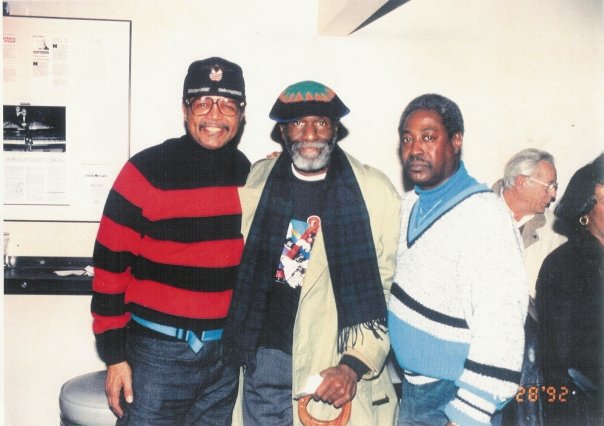 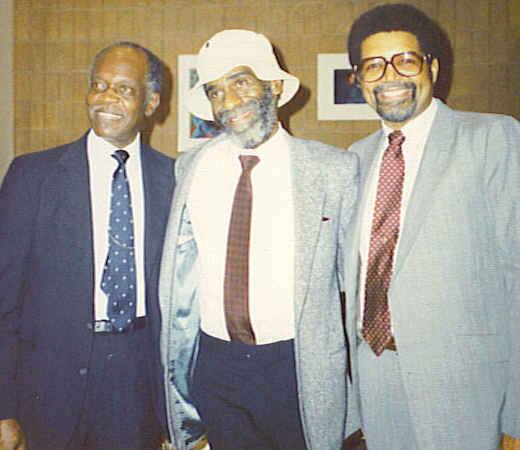 That's a spectacular career!  And a nicely done obituary.

Permalink Reply by Dr. Nelson Harrison on December 13, 2021 at 4:45am
John Heard was an exceptional bassist.  I heard him a number of times with Kenny Burrell and others.
He always lit it up.  (Also a very fine painter)
John Heard told me a story once. He was working with Rahsaan, Horace Parlan and JC Moses in Pittsburgh. From polio as a child, Horace's right hand limited finger use and did not look typical. John said when they came in the club, the club owner's facial expression was of disbelief. Here was this blind guy strapping all these horns to himself; the piano player had a unusual looking hand... WTH? Ahh, but when they started playing, everything was cool. (John had me laughing as he told the story)

John W. Heard Send Flowers Share July 3, 1938 - December 8, 2021 John Heard, the renowned jazz bassist, and artist passed away peacefully on December 8, 2021, in Los Angeles, CA with his wife at his side. This mostly self-taught musician/artist lived his life in much the same manner that he played, with an uncompromising, improvisational style. He was born and raised in Pittsburgh, the seventh of 8 children to John and Clara Heard. His musical career spanned over fifty years; he created reputations in the bustling jazz scenes of San Francisco, Los Angeles, and other cities domestically and abroad. Throughout his career, he worked with the likes of Count Basie, Ahmad Jamal, Oscar Peterson, Cal Tjader, BB King, and bandmates too numerous to name here. He performed at many venues ranging from large concert halls to small clubs such as the Half Note, the Both/And club in SF, and Carmelo's, Dante's, and Charlie O's in LA. When asked about the nature of his music, John concluded, "Jazz improvisation is a series of miraculous recoveries." After officially retiring from music, he continued to focus on his paintings, drawings, and sculpture, creating busts of Clifford Brown, Duke Ellington, Charles Mingus and others. He is survived by his wife, Carolyn; his daughter, Nicole; his two sisters, Maxine Edmunds and Betty Brewer; his three grandchildren, Solia, Miles, and Cole; and many relatives in Pittsburgh and beyond. He will be deeply missed. Published by Los Angeles Times on Jan. 1, 2022.