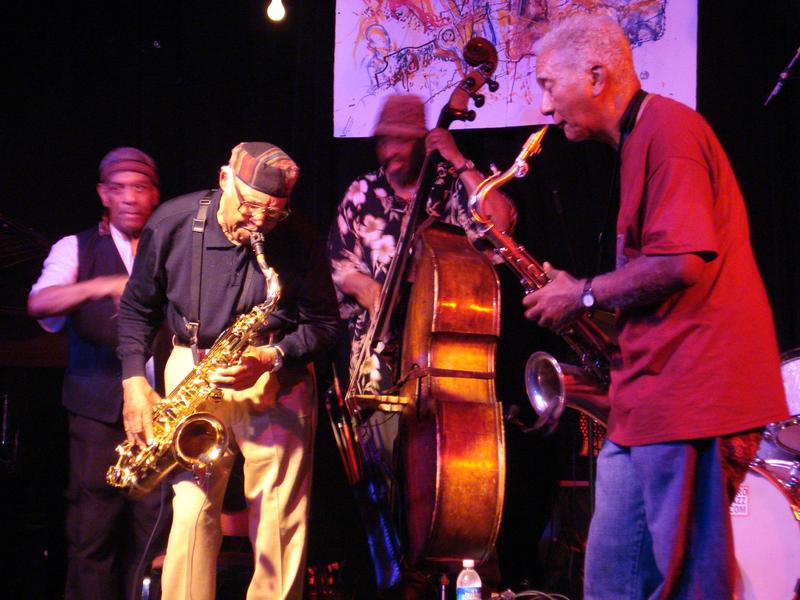 Arts for Art, Inc. is pleased to announce the schedule for the 14th annual Vision Festival, New York’s premier multidisciplinary celebration of avantjazz, poetry, dance and art, running from Tuesday, June 9th through Monday, June 15th at two of Manhattan’s most vibrant arts spaces: The Abrons Art Center and The Angel Orensanz Foundation. Vision Festival XIV will present more than 50 events, including music and dance performances, poetry readings, film and visual art projections, a site-specific art installation by Jorgo Schäfer and three panel discussions dealing with culturally relevant issues. The final night, June 15 will be a collaboration between Arts for Art and the Angel Orensanz Foundation, featuring a display of art work of Angel Orensanz, interacting with the music and dance of the Vision Festival. 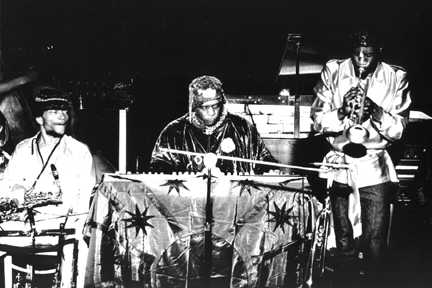 Wednesday, June 10th, the festival will feature a full night of performances celebrating a lifetime of achievement by the great Philadelphia jazz legend Marshall Allen, leader of the Sun Ra Arkestra since and key member since 1958. This year’s schedule includes performances by musicians and groups rarely heard at the festival. These include a special Butch Morris conduction of poets and strings; a first time appearance by AACM artist Ernest Dawkins, a reappearance by the legendary ex-patriot drummer Sunny Murray and the first time presence of the great South African saxophonist Zim Ngqawana, with a special New York-based collective. Michele Rosewoman will bring her band Quintessence (plus guests) to perform a special commissioned work funded by Chamber Music America and the Doris Duke Charitable Foundation. Joe McPhee will bring Trio X for their tenth anniversary. And after an absence of five years, the celebrated drummer Milford Graves will be back at the festival. The artists that the Vision Festival has helped make us famous will be here for their annual NY appearance. This includes: The Fred Anderson Trio, William Parker Quartet with special guest, Mathew Shipp solo, Rob Brown Trio and Roy Campbell will bring his Ayler Project to New York for the first time. Peter Brotzmann will be back with first time appearance of FULL BLAST TRIO, and the list goes on… 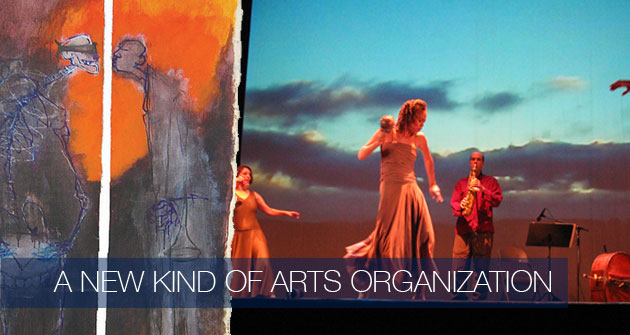 German artist Jorgo Schäfer has contributed his artistic talents to the Vision Festival in many forms since 2002, and his live paintings of musicians have become highly representative of the festival in the minds of its supporters. This year, he contributes a beautiful full-scale installation of paintings and drawings on light-weight Chinese paper hanging from the ceiling and columns in the interior of the performance space. Vision Festival XIV will also host a trio of panel discussions. These will be open to the public, and will serve to engage dialogue on pertinent issues in today’s music industry and community. The three talks, entitled, “The Artist’s Bill Of Rights”, “The Role Of Art In Community” and “Innovative Arts in the Classroom” will include input by local and international musicians, artists, teachers and acclaimed thinkers and authors. About the Vision Festival: The Vision Festival is a presentation of Arts for Art, Inc., a non-profit organization dedicated to building awareness and understanding of avantjazz and related expressive movements while encouraging a sense of community amongst artists and their audiences. An annual event since 1996, the festival has grown to become the city’s premier artist-run, multi-disciplinary celebration of creative improvised music and the culture that surrounds it, drawing both concertgoers and performers from all around the world. “Avant-garde jazz culture has no better colloquy in this country than the Vision Festival,” writes the New York Times’ Nate Chinen. Critics have described it as “arguably the most important free-jazz fest in the U.S.” (Peter Margasak, Chicago Reader), “affordable like church, with comparable spiritual uplift” (Howard Mandel, New York Press), “unlike any other festival on the planet” (John Sharpe, AllAboutJazz.com) and “the most exciting, adventurous music gathering that New York has to offer” (Jason Gross, Village Voice). “No single event in the past decade has done more for New York free jazz than the annual Vision Festival,” adds Boston Phoenix contributor Ed Hazell. ”Besides raising the profile of musicians who’ve been marginalized by the mainstream media, the artist-run event has provided a forum for allied artists in various media in which to explore the common political-aesthetic-spiritual underpinnings of their art directly with their audience.”\ -- About Arts for Art, Inc.: Arts for Art, Inc. was founded in 1995 by dancer/arts organizer Patricia Nicholson Parker, who, a decade earlier, along with world renowned bassist/composers William Parker and Peter Kowald, produced the Vision Festival precursor, the Sound Unity Festival, which was immortalized in the influential documentary film, Rising Tones Cross. Since the first Vision Festival in 1996, Arts for Arts, Inc. has expanded its outreach to produce other related events in New York throughout the year, including the Vision Collaboration Festival and the Vision Club Series. The organization is also closely tied to Rise Up Creative Music and Art (RUCMA), a new artist coalition that actively supports improved performance opportunities for creative musicians in New York, including the building of a dedicated venue in lower Manhattan. For her efforts, Ms. Nicholson Parker has been nominated as Producer of the Year by the Jazz Journalists Association (JJA) three times, winning the honor in 2003 and 2007. More information is available at http://www.visionfestival.org & http://www.artsforart.org