I dedicate this posting to my oldest brother, Clark Grayson, who if he had lived, would be celebrating his 60th birthday next month….

In honor of Jazz Appreciation Month, I wanted to share with you a funny family story about my brother 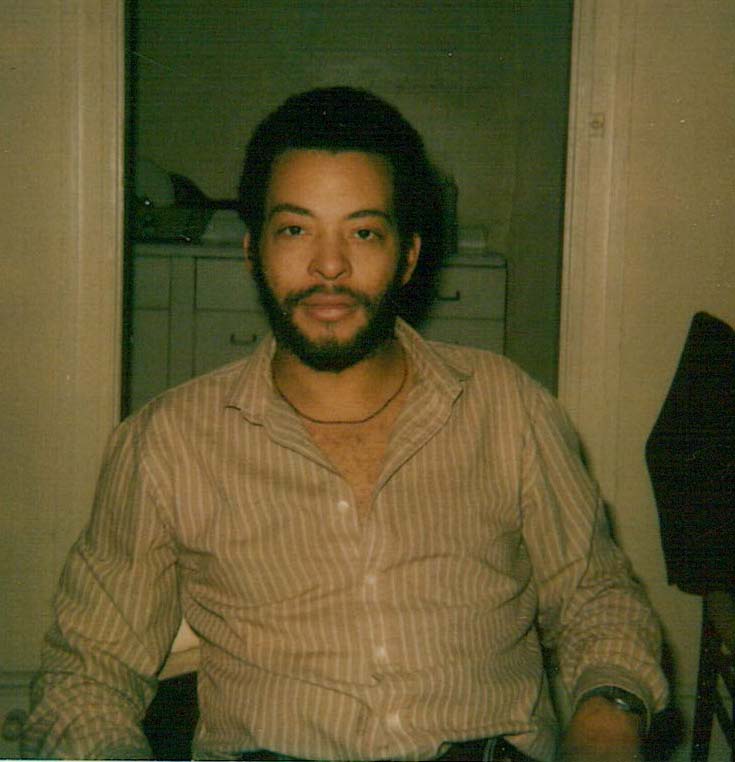 Clark was a “wannabe” jazz musician; he played the soprano sax. As a high school student, Clark would spend his Saturday afternoons hanging out at the Crawford Grill, which was the premier Jazz club in Pittsburgh at the time. Well, this one particular Saturday he heard that legendary pianist and Pittsburgh native Ahmad Jamal would be in town the following week. Clark knew he would stand a good chance of meeting him if he spent as much time at The Grill has he could, even if it meant missing school!

So that next Monday, Clark headed off to school in the morning just like any other day. But instead of actually going to school, he went up to the Crawford Grill, and hung around outside the building waiting for it to open. Usually it opened right before lunch time.

Sure enough, the next day, Tuesday, Clark goes into the Grill, saxophone in hand, hoping to get a glimpse of Mr. Jamal. Ahmad was there. He and some other musicians were rehearsing a set as Clark sat there and watched mesmerized for hours.

On Wednesday, Clark went back to the Grill to watch the rehearsal section again, and again, with his sax in tow, hoping Ahmad would notice him and maybe even ask him to join the session.

On Thursday, finally Clark’s prayers were answered!  Mr. Jamal noticed Clark and saw the eagerness in his eyes. He asked Clark to join the impromptu jam session that was going on that afternoon. Clark was on cloud nine, got his chance to play with the “big boys!”

Now, family you know me. One of my favorite sayings is “It takes a village to raise a child.” You recall back in the day, (which is how it should be now, but that’s another post) in our neighborhoods, if somebody saw you doing wrong, word of it got all the way back home to your house before you did! So, of course, the Crawford Grill owner at the time, Joe Robinson was friends with my grandfather, Wendell Stanton. The entire week,  Mr. Robinson knew Wendell’s grandson was cutting school to hang out at the Grill!  I guess he gave Clark the chance to meet Ahmad Jamal by not telling  on him right away, but by the weeks end, Mr. Robinson  had enough and phoned our grandfather to tell him of Clark’s true whereabouts.

Well, when Clark got home that evening it was like the Spanish inquisition. See, my grandfather was a District Attorney for western PA, so when one of us got in serious trouble,  he called FAMILY COURT into session; but in this court he was the JUDGE! (LOL) Our mother was the Prosecuting Attorney. There WAS NO DEFENSE ATTORNEY! (LOL) Various family elders and neighbors were the jury….

So of course Clark had to appear in court, and got the charges read to him… Our mother berated him for missing his class assignments and made him wonder how he was going to make it into college with that kind of behavior.  They fussed at him for what seemed liked hours. Now, you may be asking yourself how would I know because I was not a part of the court… well, being the sneaky little sister I was, I was sitting at the bottom of the steps just outside the dining room listening to the whole thing! If I had gotten caught I would have been in trouble too, so I was very quiet. LOL

After the stern lecture on the importance of education was completed Clark was given his sentence… Grounded for 3 weeks, no telephone, or playing his music!  He had extra kitchen duty, and he HAD to take care of me after school, giving my mother a financial break.

So, when it was all over, Clark was almost in tears… he hung his head as our Granddad (the judge) asked him, “So, do you have anything to say for yourself?”   Clark somberly looked up at our grandfather, and in his eyes pleaded for mercy, I’m sure he was thinking how could Pop not understand as he said, “But, but…. It was Ahmad Jamal!”

“Boy, get your hind parts out of here before you get a month!” was our mother’s reaction. Clark ran out of the dining room and started up the stairs. He passed me by and of course I was cracking up laughing at him and mockingly repeated… But it was Ahmad Jamal!  LMBO   Then all of the sudden Clark’s foot hit my leg!  “Mommy!”, I screamed, “Clark kicked me!!!”  Mommy yells back… “And leave your little sister alone!”

Oh family… it was so funny. After Clark went upstairs to his room, everyone in the court room cracked up laughing too!

I want to thank Mr. Ahmad Jamal for allowing my brother to live out a dream and jam with him that afternoon at the Crawford Grill.  I want to thank Mr. Joe Robinson, who stepped in to help guide Clark in the right direction, that did ultimately lead him to Cornell University. Finally, to my dear brother Clark who I love with all my heart. I’m sure, big brother, you are  jamming with all the jazz legends now.

Thanks for listening family, I’ll talk to you later.