Ted Panken catches up with the Zen Gangster

PUBLISHED OCTOBER 4, 2021  – BYTED PANKEN
JazzTimes may earn a small commission if you buy something using one of the retail links in our articles. JazzTimes does not accept money for any editorial recommendations. Read more about our policy here. Thanks for supporting JazzTimes. 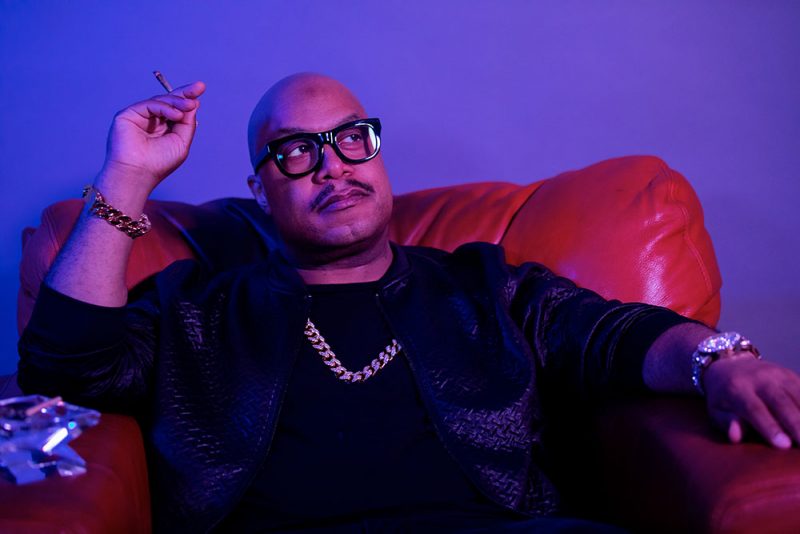 Nicholas Payton’s latest, Smoke Sessions, recorded at the end of May and released by … Smoke Sessions, caps a 14-month span of intense productivity since COVID-19 disrupted the world. During the year prior to this created-in-the-studio post-lockdown encounter with 45-year-old drummer/DJ/producer Karriem Riggins, 84-year-old bass grandmaster Ron Carter, and (on two tracks) 85-year-old tenor sax giant George Coleman, Payton had released on his imprint label Paytone the sardonic, dance-oriented Quarantined With Nick and the one-man-band invention Maestro Rhythm King.

Smoke Sessions is the fifth recording on which Payton documents himself playing trumpet and keyboards (piano and Fender Rhodes), sometimes simultaneously, in high-level interplay with a trio, employing a stylistic palette that spans swing, funk, and hip-hop. Guitarist Isaiah Starkey complements him on “Gold Dust, Black Magic,” the “title track” of a Payton-penned symphony that the Louisiana Philharmonic performed last March. Several tracks showcase Payton’s acoustic piano prowess: soulful and Jamal-esque on “Q for Quincy Jones,” French Impressionistic on “Lullaby of a Lamppost,” post-Bud harmonic poetry on Keith Jarrett’s “No Lonely Nights.” The proceedings conclude with a kaleidoscopic electro-acoustic exploration of Herbie Hancock’s “Toys,” as Payton channels several Herbie periods, each one in his own argot; free-dialogues with Carter in an expressive improvised section; then wraps on trumpet with a self-accompanied “I’m Nicholas Payton and you’re not” solo that evokes the spirits of Miles Davis and Freddie Hubbard. When the music stops, Carter—known to be parsimonious with compliments—remarks, “It doesn’t get any better, Nicholas.”

JT: You’ve said that your portal into what you do opened at age 11, upon hearing Tony Williams’ sock cymbal at the opening of “Four” on side two of the Miles Davis Quintet’s Four and More, with Ron Carter and George Coleman.

PAYTON: This record is a full-circle moment. As a kid, I practiced with Four and More every day, pretending I was in this band.

You’ve spoken frequently about the importance of interacting with elder masters.

All too often it gets lost that it’s a lineage. It’s ancestral, passed down from master to student, for eons—and when you play, ultimately you’re supposed to connect with those here or no longer here. To me, that should be the central focus.

The beginning of your trumpet-keyboard concept was at a jam session you established at New Orleans’ Snug Harbor in 2006, in Katrina’s aftermath.

Before that, I had larger bands. I wanted to go the opposite direction, to highlight the idea that I’d be more part of the rhythm section. The most obvious way is to have a trio. Maybe there are a few trumpet-out-front trios, and obviously a slew of keyboardists-out-front trios, but I don’t know of any trumpeter/keyboardist trios. So it was also a way of creating culture and establishing a new way of communicating, without a reference point.

Was it complicated to establish yourself in that format at the time?

Only with bookers and presenters.

This reminds me that you’ve also been playing drums since you were a kid, when Herlin Riley and James Black rehearsed in your living room.

Well, yeah, that’s in an obvious way. But all these instruments are drums. The bass is a drum. A trumpet is a drum. You don’t necessarily have to play drums to be an architect of rhythm. I mean, Louis Armstrong revolutionized rhythm in the 20th century. Charlie Parker is another great example. Although he’s often broken down in terms of chordal relationships, I think his chief contribution was of a rhythmic nature. He’s only discussed harmonically because people can codify it and disseminate it in schools. But you can’t codify free rhythmic thought. You have to be standing next to somebody on the bandstand to get that, or to really delve deeper. That’s tribal.

Many musicians have said that the worst thing about COVID was the purgatory of not being able to make music with people. How did you cope?

As usual, I threw myself headlong into work. It didn’t really hold me down. It gave me space to be perhaps more productive, because I didn’t have any distractions. I’m an introvert anyway, so I don’t necessarily need a lot of people to feel inspired.

Apart from the digital release, Quarantined With Nick, you also did a fair amount of live streaming.

Yes. [Vocalist] Sasha [Masakowski] and I did weekly streams for the first part of the pandemic. A lot of the streams I was watching, people were doing shit on their speakerphones. We did it in a recording studio, high-quality audio. We developed a couple of things that we knew, but I was also using a lot of current news and Black Power voices from the ’60s up until now, mixing those samples with the music, creating things on the spot. It was catharsis—using music as a vehicle for justice and awareness.

“All these instruments are drums. The bass is a drum. A trumpet is a drum. You don’t necessarily have to play drums to be an architect of rhythm.”

Will you be drawing on that more explicitly political material for future projects?

I feel my music has always been political. I mean, just being Black in America is political.

When I do stuff, I don’t really have a preset idea. Even this date with Ron and Karriem and George, a lot of the stuff was sketched out days before—or the day before. I had some 50 tunes that I wanted to do. We just started going through them, and whatever felt right made the record. Got to be creative for me. Fresh.

On your web page, I noticed that the last entry in the essay section was from 2018.

I don’t write much anymore. Basically I’ve been mostly channeling my thoughts through the music. Once the blogging thing became trendy, I sort of weaned off of that. But my writing has lived in shorter form, in the way of the Zen Gangster, a name Vijay Iyer gave me that I thought was a cool moniker. On my Instagram, every now and then I put up these little placards—short aphorisms, sometimes just a few words—from the Zen Gangster. Like my music becomes shorter, my words have become shorter too.

Ted Panken writes extensively about jazz and creative music for various publications, and programmed jazz and creative music on WKCR-FM in New York City from 1985 through 2008. He won the 2007 ASCAP Deems Taylor Award for his article “Smalls Universe,” published by DownBeat, and earned the Jazz Journalists’ Association 2016 Lifetime Achievement in Jazz Journalism award. His blog, Today Is The Question, contains over 260 of his articles and verbatim interviews.