Manfred Honeck and his musicians prove that the right orchestra and the right conductor can unleash unsuspected energies in familiar works. 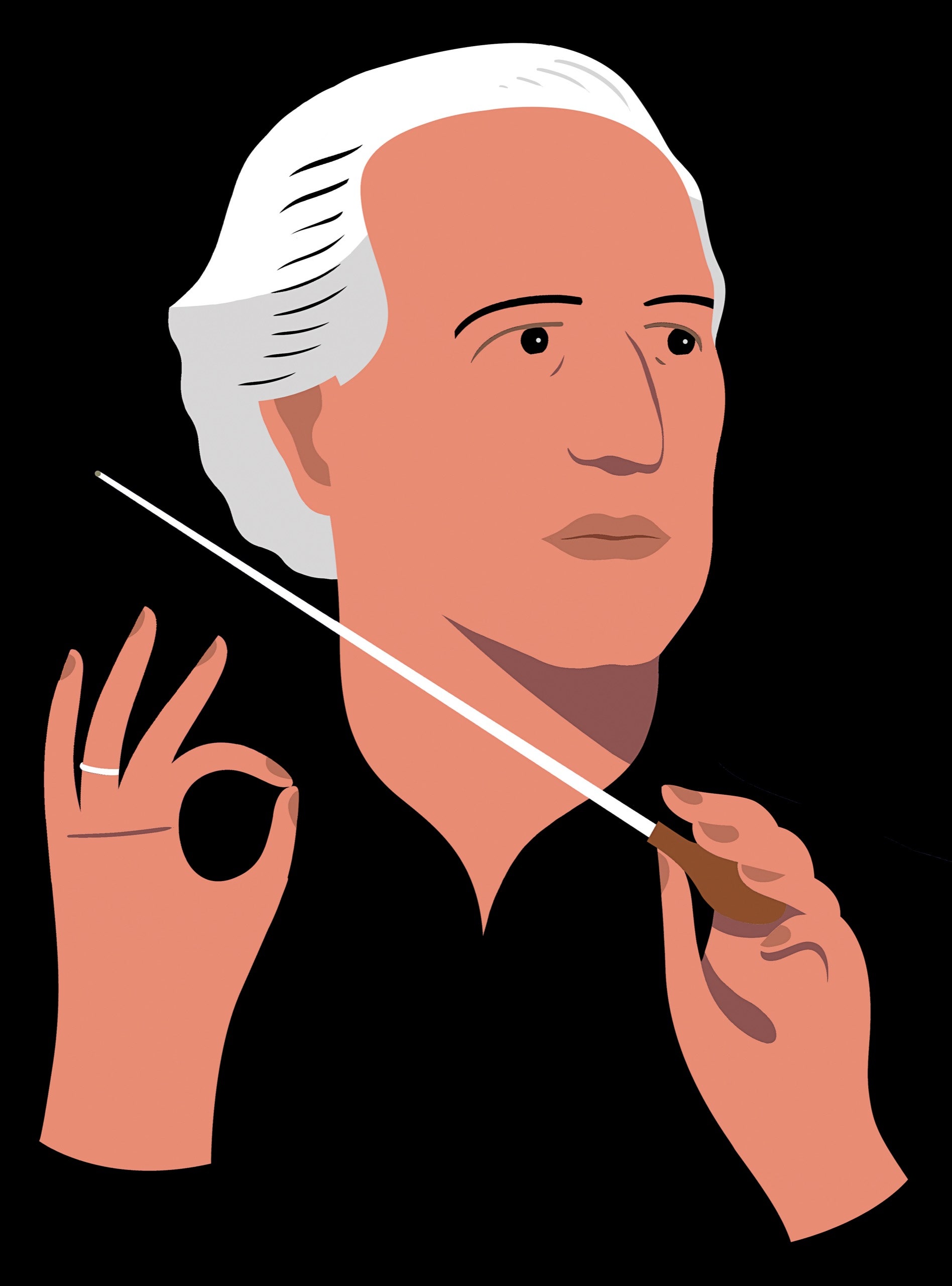 Honeck is known for his ability to revitalize nineteenth-century warhorses.Illustration by Agostino Iacurci


After listening to the Pittsburgh Symphony’s recent recording of the Bruckner Ninth Symphony for the tenth or eleventh time, I began planning a trip to Pittsburgh, in the hope of understanding how such a formidable achievement had come about. The playing is, first of all, at a very high technical level; the Pittsburgh musicians can withstand comparisons with their better-paid counterparts in Boston, New York, and Chicago. Yet note-perfect performances are hardly unusual in an age of impeccable conservatory training. What distinguishes this Bruckner Ninth is the rare and disconcerting expressive power of the interpretation. Savagely precise in detail, and almost scarily sublime in cumulative effect, it gives notice that the right orchestra and the right conductor can unleash unsuspected energies in familiar works.

The right conductor, in this case, is the sixty-one-year-old Austrian maestro Manfred Honeck, who has been Pittsburgh’s music director since 2008. Unlike such adventurous contemporaries as Simon Rattle and Esa-Pekka Salonen, Honeck has made his name with nineteenth-century classics. In collaboration with the Reference label, he and the Pittsburgh Symphony have recorded Beethoven’s Third, Fifth, and Seventh symphonies, Tchaikovsky’s Sixth, Dvořák’s Eighth, and other meat-and-potatoes fare. These releases are all worth hearing; some, like the Bruckner Ninth, may become standards by which future efforts are measured. David Allen, writing in the Times, is not the only critic to have compared Honeck to Carlos Kleiber, perhaps the most obsessively illuminating conductor of the late twentieth century.

How do Honeck and the Pittsburgh players do it? I wasn’t going to uncover any deep secrets during a brief stopover, but a conversation with the conductor and a visit to a couple of rehearsals afforded some clues. Honeck is a sunny-tempered man who grew up in a small alpine town and is devoutly Catholic. His approach to the core Austro-German repertory is informed by a profound knowledge of the traditions from which the music sprang. At the same time, as a former orchestral musician he finds practical solutions to the weighty questions he ponders in the scores. (Before he took up conducting, he was a violist in the Vienna Philharmonic.) Like Kleiber, an idol of his youth, Honeck plies his players with minute instructions, yet his attention to detail is in the service of a cogent musical vision.

In an interview backstage at Heinz Hall, where the orchestra performs, Honeck summed up his philosophy. He told me, “When I do a recording, when I make any kind of performance, I want two things: to show the identity of the orchestra, and to show what I think about the content of the score. I love this quote from Gustav Mahler: ‘The most important thing in music is not in the notes.’ What is the reason for this music? How can I understand what it means in the time in which it was written, and how can I transport this idea into our own time? With every bar, I have to think, Why? Why a half note here? Why held longer than before? Is it warm? Cold? If I don’t ask these questions, it becomes boring, a bad kind of routine.”

Honeck likes to tell stories about the music that he conducts. These are not of the clichéd “Fate knocking at the door” variety; they often have to do with regional cultures and rituals. He talks about the different kinds of Austrian and Bavarian Ländler dances, and determines which ones best apply to Bruckner or Mahler. In the Scherzo of Schubert’s Ninth Symphony, he hears an echo of the Schuhplattler dance, in which participants slap the soles of their shoes. In the second movement of Beethoven’s Seventh, he pictures a group of pilgrims singing “Sancta Maria.” Musicologists may not accept all of these ideas, but scholarly certitude is not the point. The images are plausible and potent, and they help the musicians find focus in their playing. On the Pittsburgh recording of the Seventh, the ostinato rhythm in the second movement takes on a distinctive vocal contour, with changing inflections from one note to the next.


The liner notes to the Reference releases, which are superbly engineered, include lengthy essays by Honeck, in which he lays out his reasoning on an almost bar-by-bar basis. His reading of the Bruckner Ninth as a kind of symphonic Mass—a hidden Miserere text in the first movement, an Agnus Dei in the third, with a demonic Scherzo interceding—goes a long way toward explaining how the recording attains such scouring intensity.

During my visit to Pittsburgh, Honeck was preparing a concert performance of Beethoven’s “Fidelio,” the version from 1806—the second of three iterations of an eternally problematic opera. Although the final incarnation of the score, from 1814, remains the most dramatically persuasive, the earlier versions, both known as “Leonore,” have much to recommend them, particularly in the sometimes riotous inventiveness of Beethoven’s orchestration. Honeck told me that he is especially fond of a duet, cut in 1814, in which the characters Leonore and Marzelline are shadowed by a cello and a violin, respectively.

I watched a rehearsal with several of the vocal soloists—Nicole Chevalier sang the title role, and Eric Cutler portrayed Florestan, the heroine’s imprisoned husband—and then a run-through of the complete score. Honeck stopped many times to apply his passionate meticulousness. In the scene in which Florestan finds Leonore unconscious, Honeck encouraged Cynthia Koledo DeAlmeida, the orchestra’s principal oboe, to play more hesitantly, with groping phrases: “He is insecure. What is happening? Is she dead or alive?” After “Dort sank sie hin”—“There she sank down”—an F-sharp dominant seventh in the strings gives way to a G-major triad. Honeck lavished a few minutes on this passing moment, coaxing the strings to let the first chord collapse into the second, without a break. The result was a shiver of Wagnerian Liebestod.

The Pittsburgh recordings are full of such unexpected epiphanies. In the Beethoven Fifth, a work almost impossible to play in a fresh-sounding way, Honeck establishes an explosive tension between the thunderous four-note motto and the sotto-voce dialogue that follows in the strings. In the coda of the first movement, that motto blares forth from a seldom noticed inner voice in the horns, to stunning effect. (This happens at 6:36 on the Reference disk.) A similar juxtaposition of brutality and delicacy lends drama to Bruckner, a composer who is too often treated like a stone-faced monument. The diabolical tendency that Honeck detects in the Ninth’s Scherzo is only heightened by passages of Schubertian lyricism and Mendelssohnian sprightliness. The return of the hammering main motif feels all the more apocalyptically abrupt.

No conductor can exercise equal authority in all repertory. Before observing the “Fidelio” rehearsals, I attended a Sunday-matinée concert at which the orchestra played Bartók’s Concerto for Orchestra and Ravel’s “Boléro,” and accompanied the gifted young Korean pianist Seong-Jin Cho in Liszt’s Second Concerto. Everything was brilliantly executed, but the concert gravitated toward the kind of standard-issue orchestral virtuosity that Honeck generally avoids. I remember more grit and fire in a rendition of the Bartók that the late Mariss Jansons elicited from this great orchestra in 2000. Honeck periodically leads contemporary music, yet there is no obvious pattern to his explorations.

For the most part, the classical-music world is in need of conductors with broad horizons, who can guide audiences from a passive worship of the past to an active awareness of the present. The rote repetition of Mozart, Beethoven, Brahms, and Mahler ultimately does those composers no favors. But we also need conductors who know how to revitalize the grand tradition—and orchestras that can respond in kind. At the moment, Pittsburgh is one of the few places on the international scene where that alchemy regularly happens.


Published in the print edition of the February 10, 2020, issue, with the headline “The Close Read.” 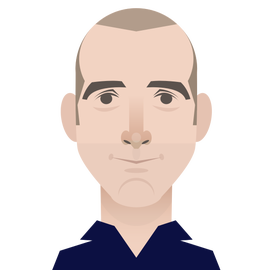 Alex Ross, The New Yorker’s music critic since 1996, is the author of “The Rest Is Noise” and “Listen to This.” He will publish his third book, “Wagnerism,” in September.