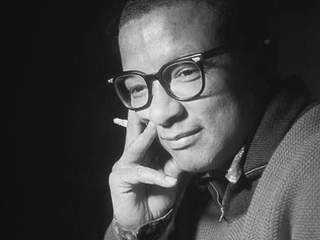 Admission: Pay what makes you happy

In his life, jazz great Billy Strayhorn was something of a rebel — politically, socially and musically.

He was active in racial equality from his days at Westinghouse High School in Homewood to Manhattan get-togethers in the early '60s with the Rev. Dr. Martin Luther King Jr.

He was openly gay at a time when homosexuality was viewed with near horror.

The composer of some of the most famous songs in jazz is called a “revolutionary” by at least one music archivist.

But it wasn't until years after his death from esophageal cancer in 1967 that his significance in the jazz world began to emerge.

This year, Strayhorn is being celebrated to mark the centennial of his birth with workshops, lectures and concerts all over the world, along with a new book “Strayhorn: An Illustrated Life” (Agate Bolden, $35), an oversized volume filled with essays, commentary and pictures that tell his story.

Strayhorn was born in Dayton, Ohio, on Nov. 29, 1915, and his family moved to Homewood when he was 5. He spent some with his early days with his mother's family in North Carolina because of his father's drunken behavior, but more or less grew up in Pittsburgh.

He was performing and composing from his days in high school. A state historical marker honoring him was erected in 1995 at Westinghouse High.

He wrote “Lush Life,” one of his most dramatic songs, when he was 16. On Dec. 1, 1938, he met Duke Ellington after a concert at the Stanley Theater, Downtown, and performed for him.

It was a meeting that shaped the careers of both of them.

Strayhorn's “Take the ‘A' Train” became the Ellington band's theme song, but, for many years, the composer was virtually unseen in the shadow of Ellington, says Gregory A. Morris, Strayhorn's nephew and executor of his estate.

“Ellington was an overpowering force who had a homophobic agent who did anything he could to make sure Uncle Bill did not get the credit he deserved,” says Morris, 78, who worked for Pittsburgh Public Schools and the University of Pittsburgh before retiring to Arizona.

Researcher Walter van de Leur, a musicologist from the Netherlands, discovered Strayhorn while he was doing some research on Ellington. He would go on to write “Something to Live For: The Music of Billy Strayhorn” (Oxford University Press, $45).

“It suggested there was a possibility that they were authored by someone else,” van de Leur says in the book. “And they were all in the Pittsburgh collection” left to Morris by Strayhorn.

Strayhorn was the composer of songs as bouncy as “Satin Doll” to the tormented “Blood Count.”

“The beautiful, yet bittersweet, aspects of being human come alive in every single note (of his music),” says pianist Geri Allen, director of jazz studies at the University of Pittsburgh. “He captures the emotion of joy and sorrow, regret and things hoped for.”

“Strayhorn: An Illustrated Life” is filled with comments from singers like Nancy Wilson, Dianne Reeves and Lena Horne, along with photos of sheet music in Strayhorn's hand and essays from Morris, Levi, van de Leur and David Hajdu, who wrote the famous 1997 biography “Billy Strayhorn: Lush Life.”

“The book is designed to tell the story of Strayhorn's life in its many orbits,” says A. Alyce Claerbaut, editor of “Strayhorn: An Illustrated Life” and the composer's niece. “What this book shows is how many orbits Strayhorn lived in and contributed to both in music and in the way he lived his life.”

Claerbaut lives in Chicago and was chosen to act as the representative of Billy Strayhorn Songs Inc., an organization set up in 1997 to preserve the composer's history in the assembly of the volume.

Morris says he is glad to see the book — and the variety of programs around the country — giving Strayhorn the credit he deserves. Morris was in Pittsburgh in October to participate in a concert at Westinghouse High, which was put together by jazz educator and performer Nelson Harrison.

The new volume consists of a forward by pianist Ramsey Lewis, an introduction that is basically a biographical rundown, and then two long sections.

“Musical Orbits,” by Claerbaut, deals with Strayhorn's musical life and its role in jazz. “Moral Freedoms,” by Bruce Mayhall Rastrelli from Western Oregon University, focuses on the composer as a person.

Morris' essay, “Cherish the Legacy,” deals with the establishment of Billy Strayhorn Songs

When Strayhorn appointed Morris executor of his estate, he told Morris: “Take care of my stuff.”

He has been doing that since and helped direct some of that “stuff” to the production of the book.

The photos that dominate the book came from many sources, Claerbaut says: family albums, professional collections, the Hajdu collection and those owned by Strayhorn's godson, Chip Logan.

Claerbaut says the book took about 14 months to put together, a time that is relatively brief because the photos were at hand and the commentary came from close experiences with the composer.

It displays the varied elements in his life — as his music does.

“As easy as his music is to approach as a listener and fan, it is equally difficult to approach when attempting to render it,” Pitt's Allen says. “It speaks to his life lived in creative exploration, and Mr. Strayhorn was able to express those complexities through his compositions and through his elegant piano playing.”

This month, musical groups around the world will mark Strayhorn's birthday.

The evening will include renditions of classic Strayhorn compositions and a tribute to the continued influence of Strayhorn's work on artists today.

Other Strayhorn tributes include:

• “Strayhorn, The Giant Who Lived in the Shadows,” with the Lovejoy Group, Nov. 27, Kennedy Center, Washington, D.C.