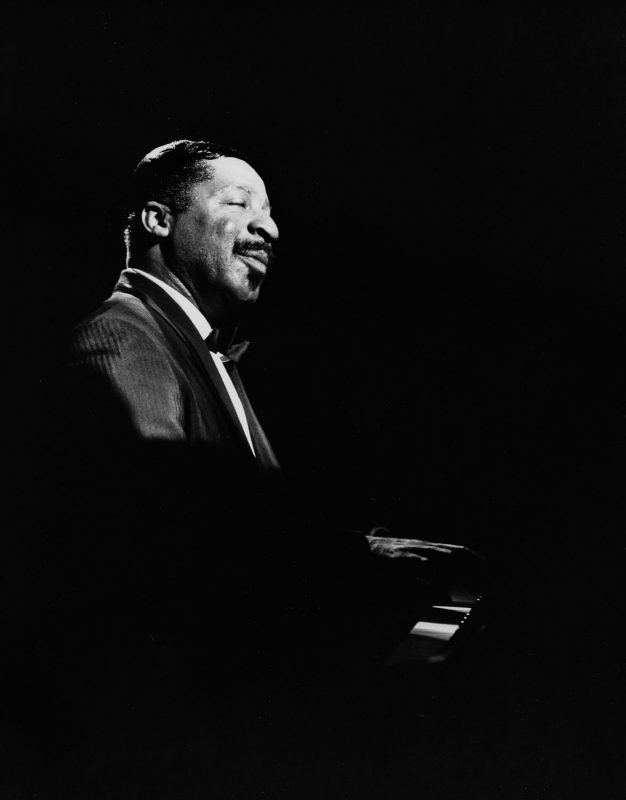 Garner and Glaser established the imprint in 1962 after winning a $265,297.55 cash settlement in a protracted breach-of-contract lawsuit against Columbia Records, Garner’s primary label after 1950. During the decade that followed his signing with Columbia, he had become the most popular jazz instrumentalist in the world not named Louis Armstrong. A consequential factor in that process was his million-selling 1955 live album Concert by the Sea. When negotiating Garner’s contract renewal the year after that artistic and commercial milestone was released, Glaser insisted on a right-of-refusal clause; she successfully litigated it after Columbia subsequently released three albums comprising unauthorized tracks. In addition to the cash, Columbia was ordered to return the physical masters and ownership rights for all unreleased Garner recordings in its vaults made after June 1, 1956.

This landmark episode in the annals of artist rights wasn’t the first example of Glaser’s militant advocacy on behalf of her sole client. It followed an earlier lawsuit—also successful—against a shifty music publishing outfit to reclaim Garner’s copyright ownership of “Misty.” He debuted that megahit on a 1954 Mercury session, and would interpret it in practically every set he played for the rest of his life, usually before SRO audiences (his contract mandated that they be racially integrated) in concert halls and upscale nightclubs, where both “civilians” and cognoscenti honed into Garner’s instantly identifiable sound—melody-centric, ever-swinging—and highly developed technique.

Freed from corporate gatekeepers, Garner the A&R man consistently found fresh contexts for Garner the pianist to investigate on his new label. He composed a movie soundtrack, played a recital of less-traveled film favorites, found unexpected pathways through Top 40 hits. As the ’60s progressed, he expanded his rhythmic palette with Machito’s great conguero, Jose Mangual, and explored different sounds and textures. But strong as the Octave albums were, Columbia’s distribution and marketing muscle was absent, the zeitgeist was shifting, and Garner’s Q-score gradually diminished.

Garner bequeathed his recordings and copyrights to Glaser and her niece, Susan Rosenberg. Following his death, Glaser worked tirelessly to maintain his legacy, issuing a multi-LP Octave compilation for the Book of the Month Club in 1981 and licensing a reissue series on Telarc during the 1990s. In 2011, as failing health forced Glaser to disengage, Rosenberg took charge. She embarked on systematically archiving the Garner holdings housed in Glaser’s West 57th Street office—where several dozen metal cabinets, stacked floor to ceiling, held some 7,000 photographs and 8,000 well-preserved reel-to-reel tapes—and in seven separate storage facilities packed with records, letters, telegrams, contracts, artifacts, and memorabilia.

In 2014, Rosenberg used the hard-won royalties from “Misty” to launch an organization called the Erroll Garner Jazz Project (EGJP) as a vehicle “to identify and articulate” the archives. First she recruited audio restoration guru Steve Rosenthal and his onetime employee Peter Lockhart—now EGJP’s director—to embark on a massive digitization project. Then she contacted pianist Geri Allen, the newly named director of the Institute of Jazz Studies at the University of Pittsburgh, with an offer to gift the holdings, to be deployed not only for research but also, Rosenberg says, “to create a living archive into Pittsburgh’s Black community.”

The sound quality on the aforementioned albums and the entire Octave Remastered Series is immaculate. Executed with Plangent Process, a proprietary restoration technique that removes wow and flutter and repairs speed fluctuations, the transfers give you the sense, in Rosenthal’s words, of “sitting in the control room with Erroll playing in the other room and you’re hearing him through the speakers.” A dozen heretofore unissued bonus tracks, mostly Garner originals, are a consequential addition to his corpus. So is the unattenuated presentation of Garner’s abstract, sometimes delirious song introductions, often edited or—in the case of the discursive 78-second intro to “The Way You Look Tonight” on the restored One World Concert—excised from the original LPs.

None of these eminent legatees, however, cut to the chase quite as effectively as Garner, who summarized his intentions in a 1969 interview with Arthur Taylor that appears in the latter’s book Notes and Tones. “I’m always looking for something new,” Garner said. “As I can’t read music, I don’t have to say to myself, this is an arrangement I wrote six months ago and I have to play it note for note. I get as close as I can. Each time I play ‘Misty’—and I play ‘Misty’ I would say a thousand times a year—I add a little something. I feel that if you liked it last night and you come back to hear me tonight, maybe I can do it better. At the same time I’m creating, and it’s not becoming a bore because of sticking to one certain pattern.”