Fannetta Nelson Gordon was a prodigy at the piano and languages, but it was her leadership qualities that propelled her to heights and over racial hurdles.

She was born in 1919 in Hayneville, AL., the youngest of Frank Nelson and Sophia Bailey Nelson's five children. When she was 7 the family moved, eventually settling in Brushton. There her considerable talents as a musician blossomed at Westinghouse High School, where she alternated with the older Billy Strayhorn at the piano of the school orchestra. She also traveled with Madame Dawson's National Negro Opera Company, accompanying composer, blues icon W.C. Handy at a Forbes Field event when she was 14, among other performances. "They called Fannetta 'the baby' and they took good care of the baby," said her niece.

But the racial climate in the 1930s was not conducive to a black woman performing classical music. "She wanted to go to Carnegie Tech," said Ms. Wofford. "They would allow her to take music education but not classical piano as a major. And she didn't touch jazz; she was classical all the way."

She instead enrolled at the University of Pittsburgh, at which she bucked racial barriers. "She was a fighter," said Ms. Wofford. "She was among the first black women in the student orchestra [as its pianist]." She also sang in the Pitt Women's Chorus.

In the 1940s she was briefly married to the late Kelso E. Gordon, with whom she had one son.

But Mrs. Gordon decided to take her career in another direction, and left to major in French at the University of Pittsburgh.  She clearly also had aptitude for language, for she ended up teaching German at Allderdice High School from the late '50s until 1969. She later got certificates in German, and master's degrees in education (Pitt, 1960) and arts (University of Washington, 1967).

"She was extremely dynamic, on the go constantly," said Ms. Wofford.

In 1969, her leadership skills were recognized when Gov. Raymond P. Shafer appointed her to the Pennsylvania Department of Education as senior adviser for English, reading, oral communications and foreign languages. She moved to Harrisburg, where she held the post until she retired in 1980.

Ms. Wofford said that her aunt's time in the Department of Education was "interesting. When she walked into schools, their mouths would drop. They had not expected a Mrs. Gordon teaching German to be black."

She is survived by her son, Kelso E. Gordon Jr. of Baltimore; her sister, Dr. Sophia P. Nelson of St. Albans, W.Va.; and two grandchildren. A memorial service will be held Saturday at Holy Cross Episcopal Church with an Alpha Kappa Alpha sorority service at 11 a.m., a wake at 11:30 a.m. and a service at noon.

Note:  I have edited this article for historical accuracy as my cousin, Ms. Gloria Wofford reported a few errors in her interview.  Please note the additions or corrections in bold italics. 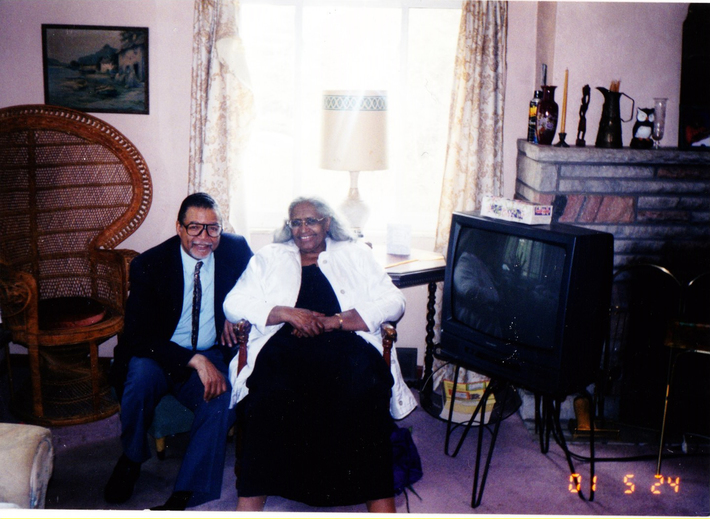