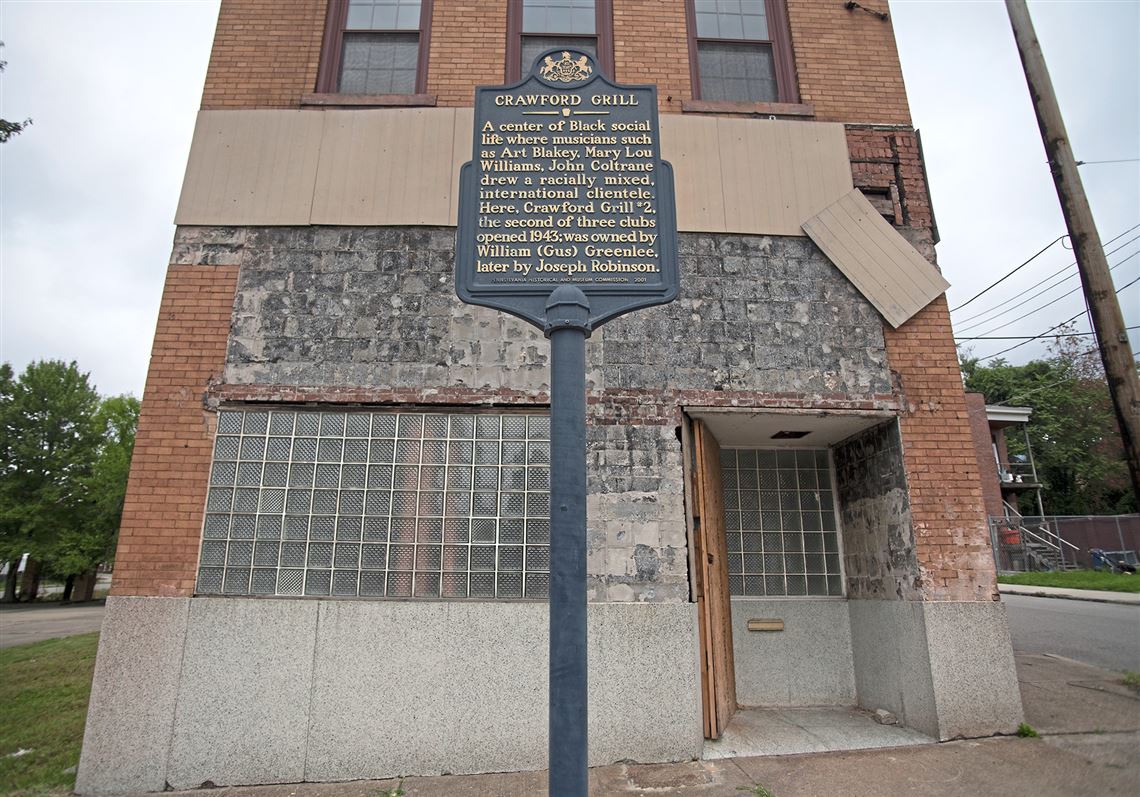 The bid to revive the historic Crawford Grill No. 2 jazz club in the Hill District is hitting its groove.

A group led by Pittsburgh Steelers great Franco Harris has the funding and resolve in place to tackle the rehab and expansion of the famous old club, one of the high notes in the city’s rich jazz history.

“These are exciting times,” Mr. Harris said in an interview. “This is our goal line, our touchdown — to bring the Crawford Grill back to life and to continue its legacy of jazz and its contributions to the Middle Hill.”

The effort to resurrect the club at 2141 Wylie Ave. received a key boost earlier this month, when the city’s Urban Redevelopment Authority board agreed to acquire a half dozen city-owned properties on Elmore and Wooster streets behind it. 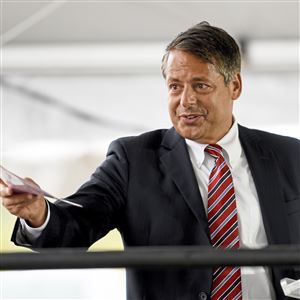 Ultimately, the goal is to convey them to Crawford Grill Development LLC, the group led by Mr. Harris, though no price has been set.

Mr. Harris noted that the parcels would be used to expand the club and possibly add some housing and other amenities.

While he cautioned that the deal has yet to be finalized, he acknowledged that the acquisitions represent “one of the last steps that can really help the project and help it be more economically feasible.”

For the Pro Football Hall of Fame running back and businessman and others in his group, restoring and reopening the nightclub, which closed in 2003, has become A Love Supreme, to borrow the title of the album by jazz saxophonist John Coltrane.

“We’re excited about reviving the legacy and the treasure that we have up there on the Hill to bring that back to life,” Mr. Harris said. “We’re excited about it for the culture and its history and jazz, and also to help in the development of the Middle Hill.”

It’s where crowds listened to the avant garde Mr. Coltrane; the swinging Art Blakey, a Pittsburgh native and drummer, and his Jazz Messengers; and the cool vibes of trumpeter Miles Davis. 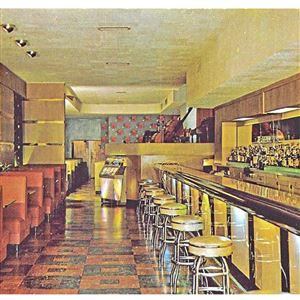 Wylie Avenue was the second of several locations for the club during its history, thus the reason for the No. 2 designation.

Mr. Greenlee sold the club -- housed in the three-story, yellow-brick building -- in 1950 to business partner Joe Robinson and his wife, Lyda, after experiencing health problems.

Last year, Crawford Grill No. 2 was listed on the National Register of Historic Places, which means that the restoration work could qualify for historic tax credits.

With the rehab, Mr. Harris’ group is hoping to restore some of the original elements like the U-shaped booths, the elevated 10-by-12-foot stage at one end, the long bar, and perhaps even a mural on one wall.

As part of the expansion, there would be more space for performances as well as areas dedicated to teaching, training, and perhaps recording. The group also is looking at outdoor space and a coffee or breakfast spot on the premises. It also sees the potential for residential housing and parking behind the grill.

“We’re looking forward to it being a gathering place in the Middle Hill where people can come gather socially and for good food and great music,” Mr. Harris said.

He stressed that one of the key elements of the project is to develop programs to teach the history of jazz, to introduce it and pass it on to young people, and to enhance and advance the music.

Crawford Grill Development already has recorded interviews with some jazz artists that it hopes to incorporate into the redevelopment and is looking for other ways to preserve and nurture the music.

“It’s important for us to keep the music alive and to build on that history. A lot of that is for young people to recognize the value of that history and to pass it on and to build upon it,” Mr. Harris said.

“We’re looking to be neighborhood, family-oriented and to keep jazz alive by having the younger generation be able to come in and enjoy it.”

He also sees the Crawford Grill restoration as a springboard for revitalizing other parts of the Middle Hill, building on ongoing efforts elsewhere in the neighborhood like rehabbing the New Granada Theater and the block around it and August Wilson’s house.

“The central focus, I would say, is to bring excitement back to the Middle Hill. Let this be a good foundation for future development in commercial and residential,” he said. “We’re excited about getting the Middle Hill going and we’re hoping the Crawford Grill can be a catalyst for that.”

Mr. Harris also would like to find a way to “connect sports to our mission,” given the legacy of the Pittsburgh Crawfords.

State Rep. Jake Wheatley, D-Hill District, launched his first legislative campaign in 2002 from the Crawford Grill. While he didn’t have many details about the proposed rehab, he said it’s a concept that he could support.

“I would love to see the Crawford Grill come back and be part of the changes happening in the Hill District,” he said. “It’s definitely an opportunity to bring back an iconic name and restaurant.”

Mr. Harris couldn’t give a timetable for the start of the restoration and expansion, which is expected to total at least $2 million based on past estimates.

He noted that funding is in place and that the team has been working on drawings and design and architectural documents related to the project.

The group also is monitoring the situation with the COVID-19 pandemic and the impact it is having on the cost of supplies and materials that would be needed for the restoration.

“There is work to be done and we’re looking forward to this opportunity and are ready to meet the challenges we have doing it,” Mr. Harris.

Based on past reports, the property needs basic amenities such an elevator, modern staircases, larger, updated restrooms, and accessibility improvements. Stabilization work could include a new roof.

In some ways Mr. Harris sees the venture as similar to when he moved to the North Side in 1974 during his playing days. He said he was one of the first to buy a house in the Mexican War Streets section at a time when that neighborhood was not nearly as desirable as it is now.

“It was nice to be there at the start of something,” he said. “Now it’s time to invest in the Middle Hill and the Crawford Grill.”