Harlem Street To Be Co-Named For Legendary 1958 Jazz Photo

Harlem Street To Be Co-Named For Legendary 1958 Jazz Photo

Over 60 years after the world's foremost jazz musicians assembled on a Harlem street for a photograph, the block will memorialize the event. 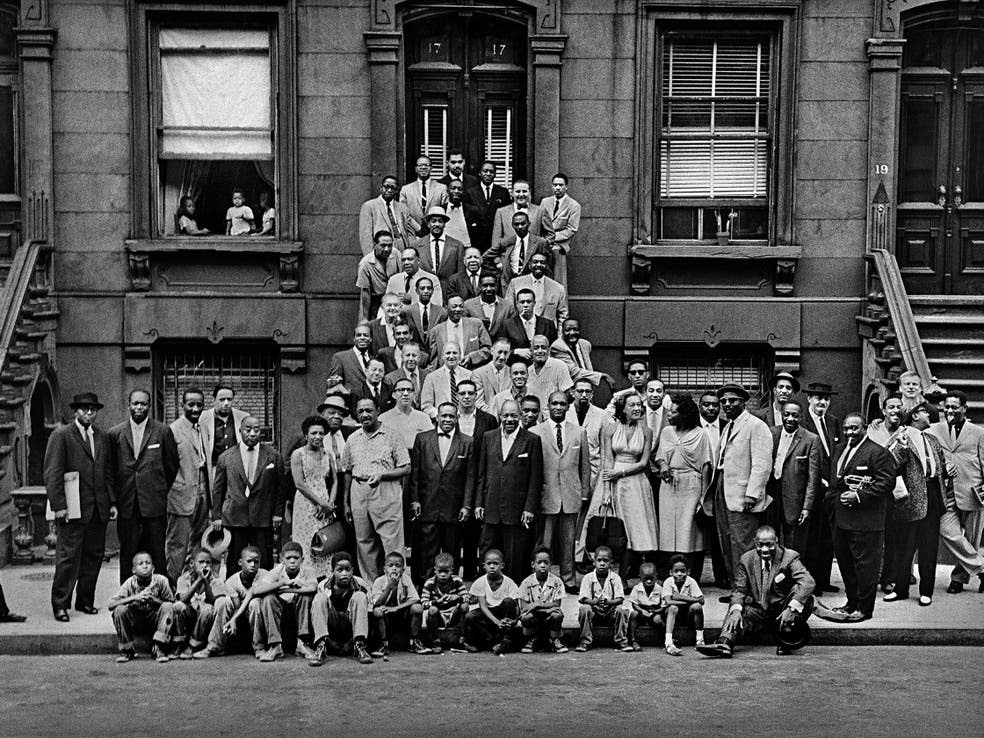 EAST HARLEM, NY — On a Tuesday in August 1958, an impossibly stacked lineup of some of the world's foremost jazz musicians gathered on a brownstone-lined block in Harlem to pose for a photograph.

The man behind the camera was Art Kane, a 33-year-old freelance photographer on assignment from Esquire magazine, where it was published a few months later.

All told, 57 musicians made it into the shot, which became legendary in the ensuing decades for the talent contained within it. Known as "Harlem 1958," it even became the subject of an Oscar-nominated documentary, "A Great Day in Harlem," whose title has become synonymous with the photo.

Now, on the 63rd anniversary of "Harlem 1958," the quiet block of East 126th Street where it was taken will be co-named in honor of the image and the photographer. 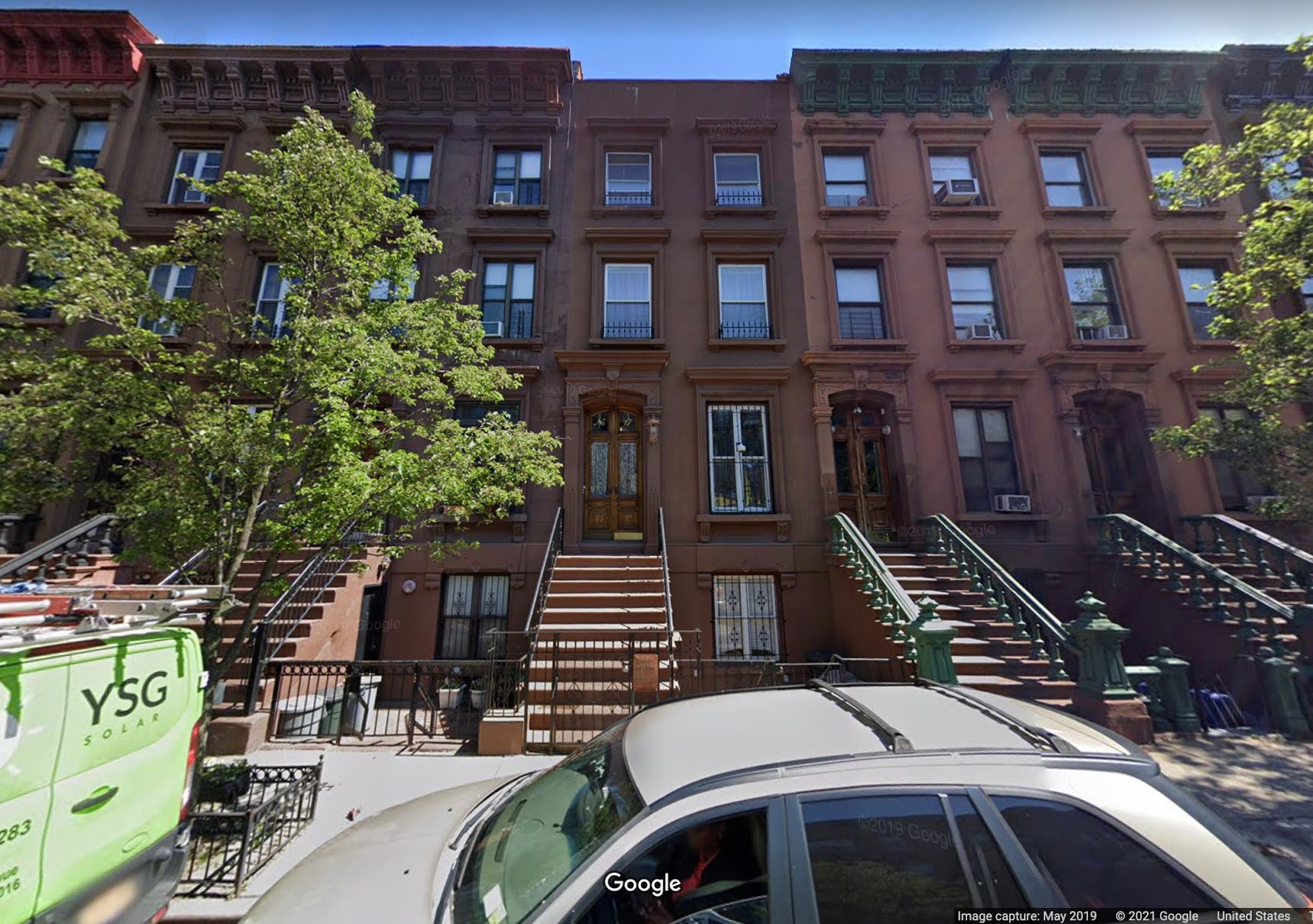 After a ceremony at 2:45 p.m. Thursday, Aug. 12, the block between Fifth and Madison Avenues will become known as "Art Kane Harlem 1958 Place," in honor of what organizers call "one of the most celebrated images in American history."

Speakers will include Jonathan Kane, the son of Art, who died in 1995.

"I'm incredibly honored," Jonathan told Patch. The co-naming, he said, is a tribute to the 57 musicians "as much as it is for the Kane family."

Of the 57 musicians in the photo, only two are still alive: Rollins, who is now 90, and fellow saxophonist Benny Golson, who is 92. Though both are unable to attend, they sent remarks that will be read at the ceremony.

It was organized by the East Harlem nonprofit Uptown Grand Central as part of a long-term goal of creating a cultural walking tour through northeast Harlem.

The photo is inseparable from East Harlem, organizers note: many of the musicians met up at the New York Central Railroad (now Metro-North) train tracks before venturing out into the neighborhood. 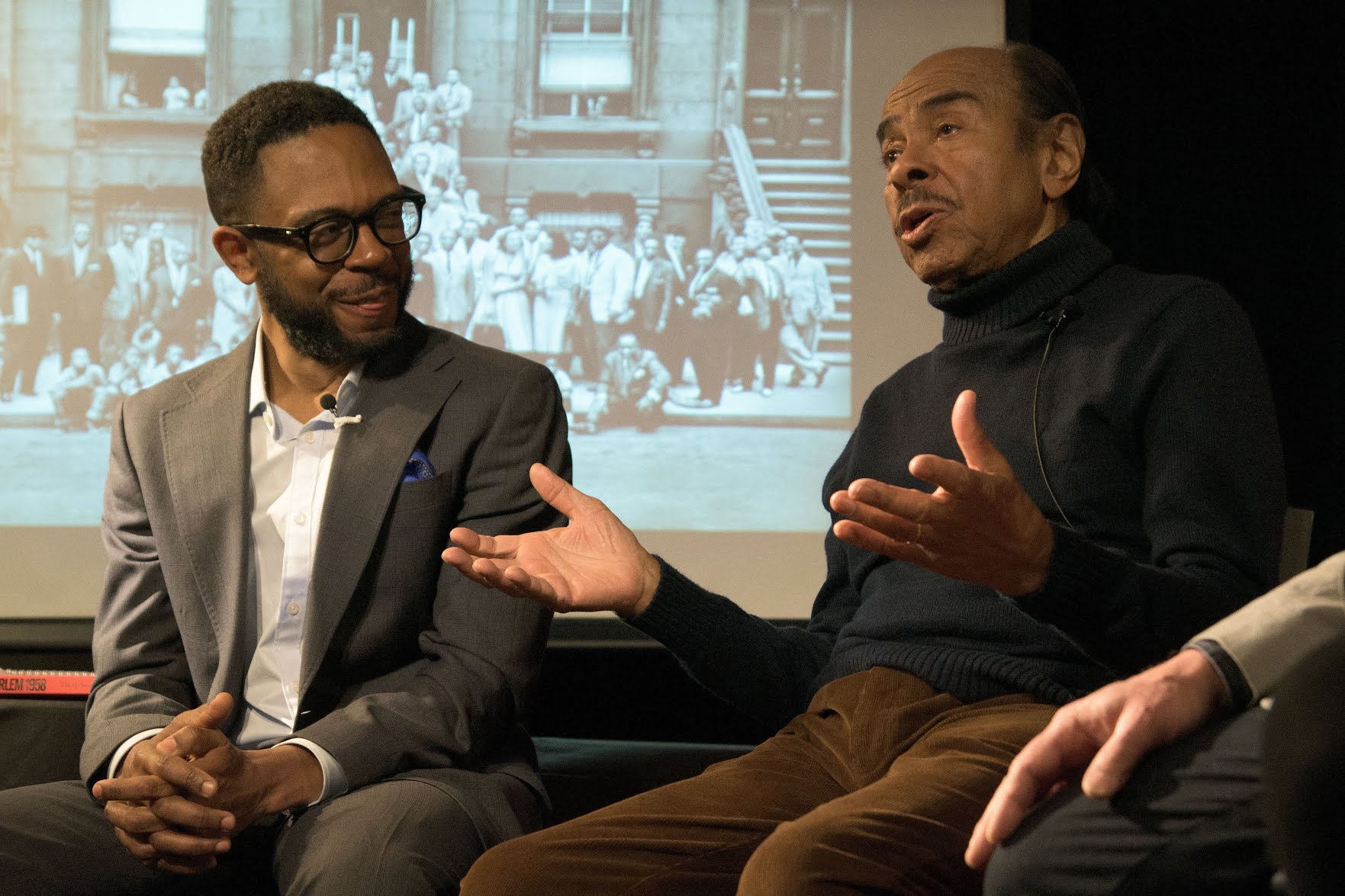 Benny Golson (right), one of the last surviving subjects of "Harlem 1958," speaks alongside musician Jerome Jennings at a 2018 event about the photograph. (M Stan Reaves/Shutterstock)

Other speakers will include Dean Schomburg, a board member at the Schomburg Center for Research in Black Culture; and Wayne Winborne, Executive Director of the Institute of Jazz Studies at Rutgers University/Newark.

"Uptown is proud to honor the deep-rooted history of jazz here in Harlem, along with the visionary man who conceived and took this iconic photo more than 60 years ago," Uptown Grand Central chair Diane Collier said in a statement. "Along with the Harlem/East Harlem residents, we are pleased to memorialize this wonderful event with a street sign on the block where it all happened."

Thursday's ceremony will also feature a performance by jazz flutist Patience Higgins, along with the Sugar Hill Quartet. To learn more and attend, read about the ceremony on Eventbrite.