How Ahmad Jamal Expanded the Spatial Frontiers of Jazz.

How Ahmad Jamal Expanded the Spatial Frontiers of Jazz 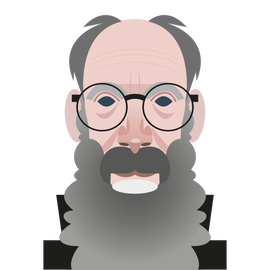 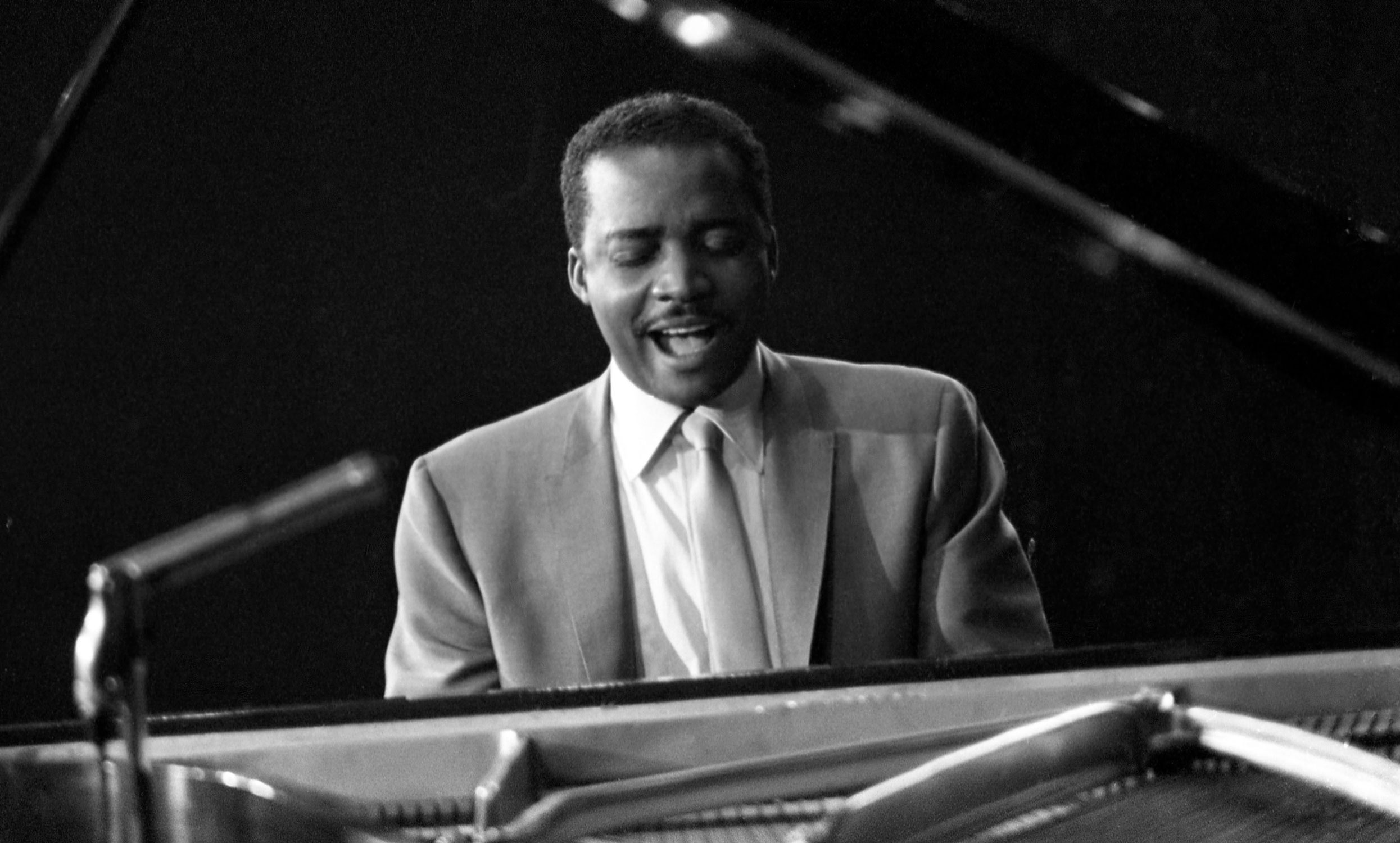 90b8d9fcd97d6f045e5cc/master/w_1920,c_limit/Brody-Ahmad-Jamal.jpg 1920w, https://media.newyorker.com/photos/63890b8d9fcd97d6f045e5cc/master/... 2240w" sizes="100vw" /
Ahmad Jamal’s solos, through the fifties and early sixties, were filled with surprises, lurches, disjunctions, humor; but, here, those bursts are explosive and jubilant.Photograph from Raymond Ross Archives


The new releases of previously unissued recordings by the pianist Ahmad Jamal and his trio, from 1963 through 1966, “Emerald City Nights: Live at the Penthouse,” is among the jazz events of the year. (The two double albums are out on LP, CD, and digitally, from the new Jazz Detective label.) The Penthouse, a club in Seattle, was a prime musical venue in the sixties (it’s where John Coltrane’s live-in-Seattle recordings were made). In recent years, the producer Zev Feldman, working with Charlie Puzzo, Jr., whose father owned the club, has been bringing out treasures from the club’s vaults. These new albums, delights in themselves, are also crucial elements in the intellectual history of jazz.

Jazz is a soloist‘s art, but it’s inseparable from the collaboration of bandmates. In the nineteen-fifties, Jamal pared down the turbulent textures of bebop to emphasize the expanses of musical space—the perfect placement of the telling note or the emblematic phrase. His idea of improvisation was bound up with his group conception—with arrangements that had the ample and intricate feel of orchestrations, he turned the minimal combo of the piano trio (first, with guitar and bass; then, with bass and drums) into a virtual big band. His musical concept was one of the great innovations of the time, even if its spare, audacious originality was lost on many listeners (including, alas, Whitney Balliett, of The New Yorker, who reviewed it negatively). It was not lost on Miles Davis, who, in his autobiography, goes into detail on the great impression that Jamal’s music—both his solos and his small-group arrangements—made on him. By decade’s end, Jamal had a hit on his hands: the album “But Not for Me,” recorded live, in 1958, at Chicago’s Pershing Lounge, which featured his tight yet rollicking eight-minute version of “Poinciana,” an instant classic.

In the early sixties, jazz was in a state of radical transformation, owing in significant measure to Davis and to Coltrane, who came to prominence as Davis’s sideman. Jamal, too, found his sensibility shifting. In 1962, he disbanded his famous trio (with the bassist Israel Crosby and the drummer Vernel Fournier). He moved to New York, where he and Davis lived two blocks apart (they had plans to record together, which fell through). He formed new trios with different musicians that embodied a new perspective—new ideas for his playing and his arrangements. The results are what’s heard on the two volumes of “Emerald City Nights,” and it’s a thrill, from the very start.

The first cut of the first album, the Rodgers and Hart song “Johnny One Note,” is a joyful musical explosion. One of four numbers recorded in June, 1963, with the bassist Richard Evans and the drummer Chuck Lampkin, it’s a romp that starts with a catchy ostinato, tweaks the rhythms of the familiar tune, and gives Jamal the musical space for huge, ringing chords that seem nearly mountainous, a swaggering blues stride that becomes a whirlwind of glittering, jewellike notes and nearly obsessional percussive yet melodic keyboard-hammering. Jamal plays it like a symphony, and its sheer musical scale is glorious.

Musical space, as Davis noted, is at the heart of Jamal’s artistic concepts and achievements, and what emerges in both double-disk sets is the shift in his spatial sensibility. Here, he’s a miniaturist who’s going big. If his earlier trios are interior music, with their sense of genre paintings and portraiture (he even recorded an exquisite trio album, “Chamber Music of the New Jazz,” in 1955), the “Emerald City Nights” recordings are landscape-like expanses, parsed and organized yet grand and vast. If, in earlier recordings, his keyboard has more of an indoor voice, here he has an outdoor voice, full and pealing. He runs and leaps and strides through these expanded spaces.

The sense of joy, of freedom, is palpable throughout the two albums. On the second disk, two dates, from 1964, feature Lampkin with the bassist Jamil Nasser (who remained with Jamal for a decade and recorded with him occasionally through 2000). One opens with a twelve-minute, multifaceted jaunt through “Bogota,” a piece by Evans (it was one of his elaborate orchestral compositions for Jamal’s 1963 album “Macanudo,” where the piano plays a supporting role). Here, Jamal again alternates between crystalline cascades and obsessive riffs, pounding figures alongside elegant strutting, building to a mighty, full-throated crescendo. In the song “Tangerine,” Jamal offers mottled dissonances—like patches of acid color in a Bonnard landscape—and anvil-like figures of triplets. The phrases are so lyrical as to sing along to, yet so majestic as to look upward at them.

Jamal’s solos, through the fifties and early sixties, were filled with surprises, lurches, disjunctions, humor; but, here, those bursts are explosive, laugh-riotous, church-bell-ringing, wall-rattling; angular, dancing, jubilant. He revels in the fullness and variety of his own sound and the feel of letting his own impetuous imagination fly—without sacrificing his melodic grace, his precision, or his wit. The second album begins with a 1965 set, featuring Jamal, Nasser, and Lampkin, and the opening song, “I Didn’t Know What Time It Was,” is adorned with a repeated five-note motif that’s as catchy as it is hilarious. Here, Jamal’s quotational delight flourishes, with a quote from “My Funny Valentine” linking straight to another, from Beethoven’s Piano Sonata No. 1. His spatial audacity leads him to outrageously dramatic silences that stop the music short throughout, like the coyote suspended past the end of a cliff.

In the booklet, Jamal expresses distaste for the term “jazz,” preferring “American classical music,” which he places alongside “European classical music”; he emphasizes that he studied both. His sound and his ideas reflect the wide-embracing heritage; his improvisations feature demonically Lisztian passages, ferocious trills that wouldn’t be out of place in Brahms, and a tone that’s lustrous and rounded. A pair of tracks from October, 1965, featuring Nasser and Fournier, stretches the surprises into a sort of musical free association, with quotes from a variety of pop and jazz tunes, plus Ferde Grofé’s orchestral piece “On the Trail.”

On the final numbers, from 1966, Jamal and Nasser are joined by the drummer Frank Gant (who remained with Jamal through most of the nineteen-seventies), and his drumming seems jet-propelled, with elbows out, delivering energy and power. The instruments are still acoustic, but they feel plugged in. (Within a few years, Jamal would experiment, very successfully, with an electric piano, which he used both for spectral reverb and for harpsichord-like evenness, as on another live recording of “Bogota,” from 1971—which was on the first Jamal recording I got, around 1974.) The “Emerald City Nights” recordings, for all the immediate joys they offer, also have a second level of grandeur: they set the style and the intellectual framework for the rest of Jamal’s illustrious career. ♦