Lena Horne: The Horne Of Plenty 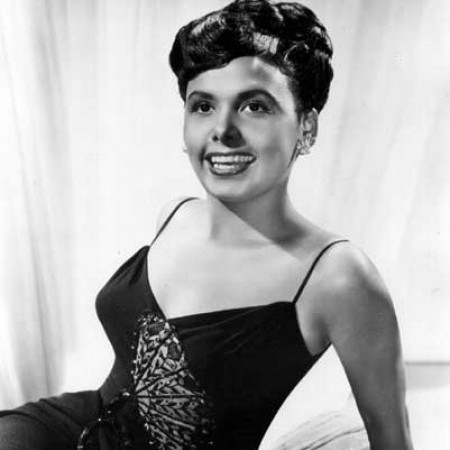 Somewhere in the background, by the piano in the living room, Lennie Hayton sat with coffee in hand, filling the air with that pregnant, Van Dyked Lennie Hayton brand of dignified silence. In the smaller music room Lena, quiet and conservative in the black-and-white outfit with the white turban hat, toyed with her coffee and talked, never too quietly nor too conservatively, of music and children and acting and singing and how life had been for her in this past propitious year.

Lena Horne and New York are in love. For the first time in her adult life she has come close to complete emotional security here.

“I never really felt I had roots in California, in all those years out there,” she says now. “If I couldn’t live in New York, my only other choice would be Paris; I felt at home the moment I set foot on French soil.

“It took a long time, but after all those years of hotel life we finally found a place to live here. Right after we got it, a year ago, I had to go out to California and Vegas, and then when we came back this summer we went right into rehearsals for the show, but now things are settling down and I can really enjoy what I’ve got here.”

What the Haytons have is a 10-room apartment, 13 floors up on West End Avenue in the Seventies. “Come up front and see a piece of the river,” said Lena, and there it was—her beloved Hudson, just a block beyond Hayton Corner.

“This is a home for the children, too, of course,” said Lena. “Gail comes up every weekend—she’s 19 and in her third year at Radcliffe. And Teddy will be in from the coast to spend the holidays. … Teddy won a seven-year scholarship to USC; he’s 17, in his first year there, and studying to become a lawyer. But he is the modern jazz aficionado. When I was at the Cocoanut Grove, after I was through working he used to take us out, to hear the Modern Jazz Quartet.”

As she prepared to go downtown for a shopping tour, to find presents for the entire cast of the show, Lena talked of the past six months’ tensions: “I was terribly afraid of the acting. The last time I acted in anything was the movie Cabin in the Sky, 14 years ago. But the director for Jamaica, Bobby Lewis, told me that the same kind of concentration I use with an audience in the cabaret should be inverted in to the person or people I’m speaking with onstage, and that would come over to the audience, he said. A sort of backward process involving a whole new technique; but after a while I realized it was working.

“It took me weeks to get over the shock of hearing myself speak lines. When I’m singing, the music is there to carry me along, but when I speak there’s no tune to what I’m saying, and I miss it!” She laughed joyously. “Everybody was wondering whether I’d just be Lena in the show, but now some people whose opinions I respect think that I’m not; that I’m really getting to be this crazy dame I play in the show. I’m beginning to feel like her onstage, too.

“Another big difference is that in a musical, the people listen to the music only as a sort of coloring to the scene, whereas in cabaret work your singing is the essence of what you are offering the audience.

“I still manage to ad lib a little, vocally. It’s probably a little disconcerting to the conductor—he says I never sing the same way twice. I’ve always been so used to the moods of audiences that I’ve colored the performance to their requirements. When someone else is onstage, I’m working to them. When I’m alone onstage I feel the audience more. I relax a great deal more and have freedom with the song. Sometimes the freedom I exercise kind of throws the guys—all except George Duvivier and Gene DiNovi—of course, they’re used to me.”

Had she been able to keep up with the newer things on the music scene?

“I’m embarrassed to say I haven’t really listened to records, or read a book or even seen a movie, in months. Things assumed such proportions of difficultly that I saw problems that weren’t really there, while we were rehearsing. Of course, when I come home at night, Daddy will put on Basie or Duke or something that I know already, something I don’t have to listen to with anything but, you know, the body. But of course, Daddy lives at Sam Goody’s—and so does Teddy when he’s in town.

“I only have Sundays off, and every Sunday is always promised for something—maybe for a good cause, a good thing, or maybe a thing not so good. I have yet to have a Sunday to myself.”

How are the theater audiences to work for? “Well, we have a large number of benefit audiences, and psychologically they’re not always the most enthusiastic. Perhaps they are all members of a club and know each other and are socializing and supporting a charity, but with a regular audience their sole purpose is to be entertained and they seem to be more responsive.”

After Lena had said goodbye to Daddy, while we proceeded downtown with her personal manager, Ralph Harris, the conversation took a more general turn. “Is the album with Duke and Ella out yet? That ought to be too much—what a marriage!” And, after we had all cast critical eyes on an Edsel that had passed, “We still have the same Jaguar we bought in Coventry, England, in 1950, and we’re still happy with it.” And, “When is Basie opening at Birdland—Thursday? Well, you know we’re going to be there!”

As the traffic slowed us almost to a standstill downtown, Lena’s fierce, darting eyes found stimulation in every passing stranger, every unexpected sight. … “Look at the guy standing on the corner there. You know he’s got to be Italian—the high shirt and those shoes. And you know, he’s very pretty!” A little later, as a bent, elderly man shuffled by, pushing a heavy hair dryer along the street, her face was suddenly downcast. “Look at that poor old man—isn’t that sad?” And when two orthodox Hebraic types with the traditional black hats and ear locks walked by: “Did you see those men? … Ooh, I just love New York!”

Just before we reached her destination, I asked Lena whether she felt her style had changed perceptibly. “Well, people are always saying, ‘Oh, you’ve changed your style,’ but I’d get bored to death if I thought I was a lot like I used to be five years ago. I still want to make sure that what I’m doing is what I want.”

“Now that you’ve settled down in Jamaica and have enough confidence in yourself as an actress,” I said, “do you think you might ever take a strictly dramatic part that didn’t call for any singing at all?”

“Not soon, I think. After all, people still know me essentially as a singer. But you know how I am—I didn’t think I was even capable of doing this job, and I always have to have Lennie hit me over the head about 12 times and say, ‘You can do it—go ahead and do it!’”

Lena got out of the cab, turned the uniquely vivacious freckled face and said goodbye. As her slender figure disappeared into the jewelry shop, she recalled a line from her autobiography. “I feel that my glamour days are rapidly disappearing,” she had said. The book was published in 1950. Today Lena has a graceful and beautiful grown-up daughter; a handsome son; a man in her life at once husband and “Daddy” and gentlest of teachers; and a place she can call home for her family in her native town.

If her glamour days are disappearing, there must be something disturbingly wrong with the vision of the audiences who pack the Imperial theater every night, for whatever the formula—perhaps a blend of maturity, security and the natural beauty that was hers all along—Lena Horne at 40 is the most glamorous sight in the city she has chosen to call home. DB