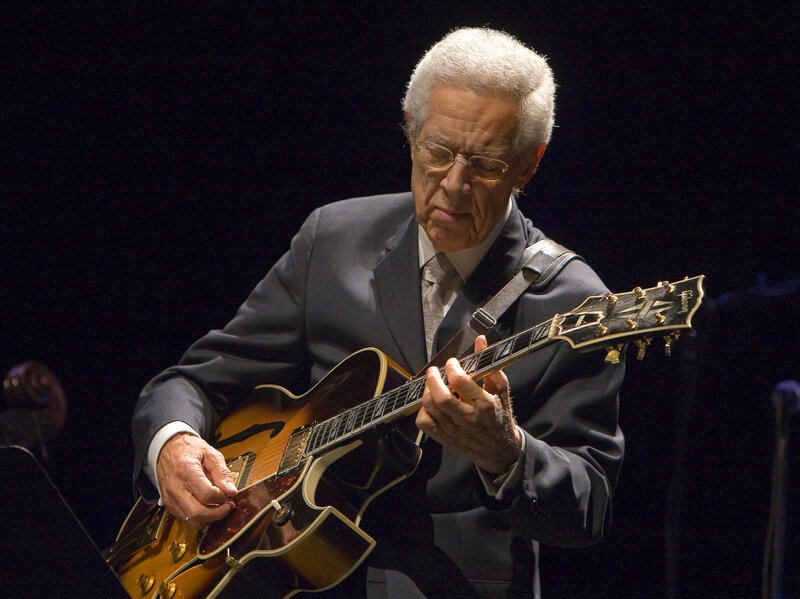 One of the jazz world's most enduring artists, the influential 87-year-old guitarist and composer Kenny Burrell, is facing financial ruin and homelessness.

His plight became public after his wife, Katherine Burrell, launched a GoFundMe page on May 9, in which she chronicled a number of overwhelming circumstances that the couple is currently navigating. In her telling, the couple has faced a cataclysmic series of misfortunes — including substantial ongoing medical expenses after a 2016 accident, identity theft and ongoing litigation involving the home owners association group in their community — that has brought them to the brink.

"We are facing possible foreclosure and homelessness," Katherine Burrell wrote, adding: "It saddens and embarrasses me to desperately need and request help, but it is necessary at this point." The page's initial fundraising goal was $100,000; as of Tuesday morning, donations totaled almost $145,000.

Burrell, who was named an NEA Jazz Master in 2005, made his first professional recording in 1951 with Dizzy Gillespie, John Coltrane, Percy Heath and Milt Jackson. Since then, he has recorded hundreds of albums, including nearly one hundred as a bandleader in a discography that spans across the Blue Note, Prestige, Savoy, Columbia, Verve, Fantasy and Concord labels, among others.

Burrell first taught at UCLA in 1978 and in 1996, became the first director of the university's jazz studies program, which he led for 20 years; the program's graduates include the likes of saxophonist Kamasi Washington (who has since recorded with Burrell) and vocalist Gretchen Parlato. But in 2016, Burrell suffered an accident following a performance at UCLA's Royce Hall that, according to his wife, necessitated a two-year recovery and partly triggered the couple's misfortunes. 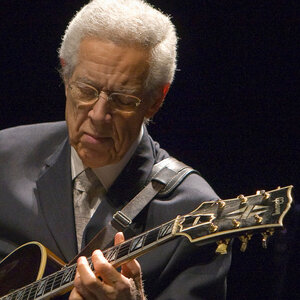 But as the Burrells' dire stated needs became public last week, questions quickly arose in the jazz community about the veracity of the GoFundMe effort. On Friday, the Jazz Foundation of America (JFA) — a national nonprofit that exists in part to provide emergency funding to jazz, blues and roots artists struggling with housing or medical care — felt compelled to issue a statement regarding Katherine Burrell's campaign.

"We would like to assure anyone concerned about Kenny that this campaign was indeed created by Katherine on his behalf," the JFA wrote. "The Jazz Foundation has been in contact with Katherine for months. ... Kenny and Katherine had been dealing with this situation alone for several years, because, as always, musicians are proud and self-reliant and do things on their own. They did not even contact us to ask for help but were referred by friends. The Jazz Foundation assessed the case, conferred with other helping organizations, and reviewed documents attesting to the financial need described in the GoFundMe post. We couldn't possibly cover the full scope of the need, and other sources of funding were explored, including a GoFundMe campaign, given how successful and lifesaving they have proven for fellow musicians. As we can see in this outpouring of love for Kenny and Katherine, it has worked."

The JFA also linked the Burrells' situation to those being faced by other elder artists. "This is a painful but inspiring example of what we see every day at the Jazz Foundation," the JFA wrote. "Many of our legends do not have a partner at home to help them. ... This is why the organization exists, and we handle 30 emergency cases every day."

Last September, UCLA's Herb Alpert School of Music announced that it had received a gift of $1.2 million to create a Kenny Burrell Chair in Jazz Studies, which was funded by a group of over 150 donors. The timing was meant to celebrate Burrell's 85th birthday, as well as his 20-year tenure as director of UCLA's jazz studies program.

UCLA has issued a statement to NPR, saying: "UCLA was unaware of Katherine Burrell's crowdfunding activity on behalf of herself and husband, Kenny. UCLA is concerned and is looking into the circumstances of this matter. Kenny Burrell is a Distinguished Professor of Music and Global Jazz Studies at UCLA's Herb Alpert School of Music. Professor Burrell is currently on sabbatical, and is scheduled to return to UCLA for the Spring Quarter in March 2020. He remains a full-time faculty member with related compensation and health benefits."