The Changing Nature of Protest in Jazz

The Changing Nature of Protest in Jazz 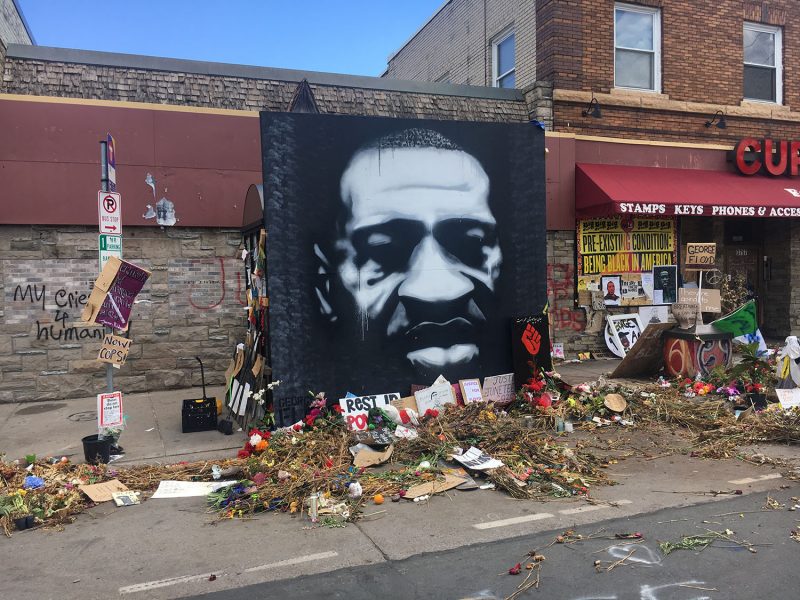 What we went to offer is a positive notion, a positive offering, a positive spirit. Some of it of course expressed both joy and pain. Because, you know, you can’t divorce yourself entirely from standing at that site, and not have that part of the painful aspect in your consciousness. But we cannot stay there. We have to be gettin’ up. Gettin’ up because we know that there was … the fight … the survival…the thrive-al. We have to sustain that, no matter what’s going on. And that’s been endemic of our people. That’s what has made us strong … is that no matter what had happened, our people always found a way to go forward.
—DOUGLAS EWART, on why he has repeatedly brought others together to play live music near the intersection of 38th and Chicago in Minneapolis since George Floyd was killed there on May 25

On May 30, the Saturday after George Floyd’s death, hundreds of (socially distancing) people from the community where the killing took place gathered in Minneapolis’ Powderhorn Park. Among them were multi-instrumentalist Douglas Ewart and vocalist/composer/culture worker Mankwe Ndosi, who played music for the crowd as a duo. “I wouldn’t call it a performance,” Ndosi says a few weeks later in Minneapolis. “I would consider it closer to what we did as a hunter-gatherer species to energize people before the hunt, before they had to rise to address a challenge. That was a time in which, because of the nature of the atrocity of Mr. Floyd being killed by those who we as citizens of Minneapolis pay to protect us, and [because] this is just another example—an extreme one—of the abuse that Black people, poor people, go through on a regular basis, and because of the reaction, the police were either gone or gone—one way or another. I can’t say why. That was the weekend that the white people realized, and leaned into the idea, that the police don’t protect you.”

As president emeritus of the Association for the Advancement of Creative Musicians (AACM), Ewart is well aware of the long and fruitful connection between social protest and the music we call jazz, and how it can express itself. “The protest—or the demand, as I prefer to say—comes out of the content of what’s done,” he explains. “You know, the things we sing about, our approach to playing, the fact that we defined what it is we felt was an expression.”

From the stage at Carnegie Hall in 1912 to the streets of Minneapolis in 2020, jazz has always, as Ewart says, “demanded.” But not always in the same way. When James Reese Europe and his 125-piece Clef Club Orchestra debuted their 1912 “Concert of Negro Music” at Carnegie Hall—the first “syncopated music” group to play there—he didn’t voice demands. His music was not overt “protest music.” And yet the very fact of its existence made a demand, in the context of the times and the milieu of its presentation. You can be sure Europe was keenly aware of the impact that his music would have on cultures opposing it, and it’s safe to assume that he would agree when Ewart says, “We’ve always had to be ingenious about how we set the terms of engagement.”

For the jazz musicians who came of age in the time of the Red Summer and the Tulsa Massacre, those terms had to be very different; the kinds of open public demonstrations against racism and violence that we’ve seen over the past few months, in Powderhorn Park and around the world, were not yet a reality. Duke Ellington probably encapsulated the artistic spirit of his times best when he wrote in 1931: “What we could not say openly we expressed in music.”