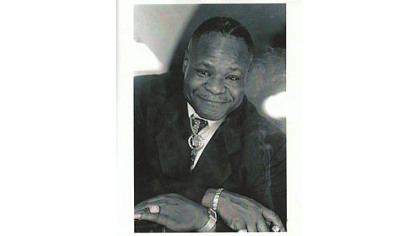 In the span of a life marked by tragedy, Leroy K. Wofford turned to blues to  soothe his aching heart and hoped his voice would help others, too.

Mr. Wofford, who sang his way to prominence on the Pittsburgh jazz and blues  circuit, met his own tragic end Sunday afternoon when he died a day and a half  after being shot at his home in Lincoln-Lemington.

He told police that two black men had knocked on his door and when he  answered, one had been brandishing a gun. When he attempted to close the door,  one fired a shot through the door, said Commander Thomas Stangrecki. The bullet  pierced his left shoulder and entered his chest, the Allegheny County medical  examiner said.

Mr. Wofford was taken to UPMC Presbyterian, where he underwent surgery. He  died at 12:30 p.m. Sunday. Police did not have an opportunity to re-interview  him, Commander Stangrecki said, leaving them with limited information. They had  no suspects and could not surmise the motive Monday.

According to his family, Mr. Wofford started imitating James Brown before he  turned 10 to entertain family members. With the help of relatives, he taught  himself the drums, too.

He graduated from Westinghouse High School and began working regular gigs at  the Crawford Grill.

His singing career took him to venues all over the city. He performed often  at the James Street Restaurant on the North Side, now called the James Street  Gastropub and Speakeasy. More recently, he was a regular at weekly gatherings of  the Pittsburgh Jazz Society.

He released two albums with original music, one dedicated entirely to the  Steelers, said Ms. Brown.

In 1996, Craig Guest, the 19-year-old son of his longtime girlfriend, was  shot to death along with another man by a Pittsburgh police officer as they rode  in a stolen car. The incident became a flashpoint of tension between the police  force and the community, and Mr. Wofford was vocal in his criticism of the  department and of the officer, who was cleared of any wrongdoing.

Ms. Brown said Mr. Guest's death devastated Mr. Wofford, as he had raised the  man as his own son.

"He was a very forceful blues singer. He wasn't a crooner kind of blues  singer," he said. "He was in your face. He was hard, hard-edged."

Pittsburgh Jazz Channel host Tony Mowod said the whole of the city's jazz and  blues community mourned Mr. Wofford's death. He recalled him as a tip-top  dresser and a charismatic performer.

"He sang songs that were meaningful," Mr. Mowod said. "He had his own style,  and any time he performed it was a jam-packed house."

Ms. Brown implored the community to help solve her uncle's murder. Anyone  with information was asked to call the city police homicide unit at  412-323-7161.

A benefit will also be hosted to raise funds for Mr. Wofford's funeral at  James Street Gastropub and Speakeasy on Wednesday at 6 p.m.

RIP Leroy. Another senseless killing of a child of God. It was always fun gigging with you!

LeRoy was so blatantly honest in his expression of the "Blues" that you could not help but be pulled into it.  It was a privilege to record him and add some of his work to the Pittsburgh Jazz Artist Museum's archives.  Some of which are available at our youtube.com/drfbm site.  But, of course now, I wish that I could of caught more of him live but the positivity and showmanship  of LeRoy will always be part of the Pittsburgh essence; until we can continue singing new songs with him in Heaven, sincerely Dr Bruce and PittsburghJAM.org