They sent talk show host Dick Cavett fleeing with his fingers in his ears and blasted Ed Sullivan with Haitian Fight Song. Fifty years on, the Jazz and People’s Movement are still fighting to be hear…


They sent talk show host Dick Cavett fleeing with his fingers in his ears and blasted Ed Sullivan with Haitian Fight Song. Fifty years on, the Jazz and People’s Movement are still fighting to be heard 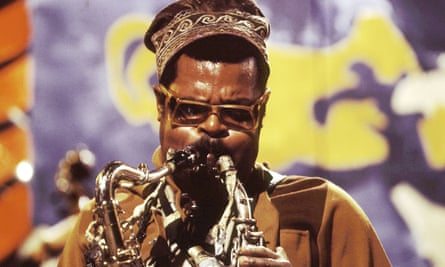 Fifty years ago this week, all hell broke loose on Dick Cavett’s US talkshow. The host was interviewing the British actor Trevor Howard before a live studio audience in New York, and began by asking him what he missed about New York. When the actor replied: “There’s no more jazz”, the studio exploded in cacophonous sound: a pre-planned protest from the Jazz and People’s Movement. Dozens of men and women, led by Atlantic Records recording star Rahsaan Roland Kirk, whipped out small instruments and police whistles and began to wail so loudly that Cavett ran from the stage, his hands over his ears.

For the next hour, the insurgents crowded the stage with protest signs: “Honor American jazz music”, “Hire more black artists on TV”, “Stop the whitewash now”. Five decades later, the problems raised by the activists still haven’t been solved. “There has been some progress, but not nearly enough,” says Archie Shepp, the 83-year-old saxophonist, composer and playwright who participated in a number of Jazz and People’s Movement actions. Although some individual black hip-hop artists have obviously been very successful, “comparatively few” jazz artists have received appropriate recognition or reward, he says. 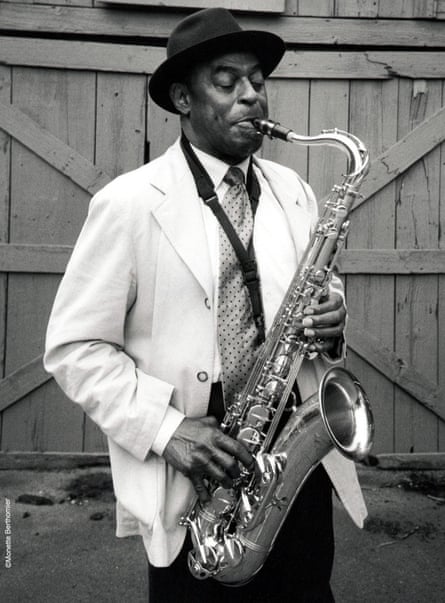 Today, even with the national discussion tuned into questions of structural racism, and even as the #OscarSoWhite campaign of recent years has drawn attention to Hollywood’s failure to recognise black creative genius, few have focused on the role of network television in obscuring African American culture.

This was the target of the Jazz and People’s Movement, who demanded visibility and respect – fair play and fair pay – for black artists on the small screen. Kirk, the movement’s primary founder, drew inspiration from Rev Jesse Jackson’s civil rights action Operation Breadbasket, which aimed “to bring about a fair participation in this country’s economic system by the black community”.

For Kirk, a multi-instrumentalist and one of jazz’s foremost historians, the Jazz and People’s Movement marked the culmination of many years of preaching the importance of what he called “black classical music”. He chastised his audiences for spending their money on Beatles and Motown records – for forgetting that none of that music would have been possible if not for the blues and jazz geniuses who came before them. Television also angered Kirk because it erased black creatives from national memory by deciding which artists, such as the Beatles on Ed Sullivan, were beamed into American living rooms. Millions of viewers tuned in for the insipid easy listening of the Lawrence Welk Show every weekend, but where could one find Duke Ellington, the Mozart of American music?

Further successful disruptions were made to the Merv Griffin Show and the Tonight Show – when security stopped activists from entering the latter’s studio, Kirk, saxophone in hand, shouted: “Open that door or I’ll blow it down!” The Jazz and People’s Movement circulated a list of demands to other network television shows, threatening similar disruptions and boycotts. Following Operation Breadbasket’s model, the activists called for the establishment of a “board of jazz musicians” that would “coordinate production of at least three to four jazz specials per season, designed to educate the public to jazz, R&B, gospel, etc”. Moreover, the movement demanded the regular appearance of black musicians on weekly television talk shows, variety shows and other programmes – not only playing music but, like white artists, as featured interviewees.

It seemed like it might work. The protest against the Dick Cavett Show ended only when the producers promised to invite some of the musicians on to the show the following week to talk about their cause. When Freddie Hubbard, Cecil Taylor, Andrew Cyrille and others appeared, the famously cerebral Cavett himself acknowledged his “guilt” for not knowing more about the full range of jazz represented by his guests.

The movement hit its high-water mark when the Ed Sullivan Show invited Kirk to bring on an all-star band. Kirk recruited jazz giants Archie Shepp, Charles Mingus and Roy Haynes, but instead of playing a three-minute version of Stevie Wonder’s My Cherie Amour, as promised, Kirk led the band in a six-minute medley of three compositions, the centrepiece of which was Mingus’s Haitian Fight Song. It was a revolutionary coup of the US’s most storied variety show. 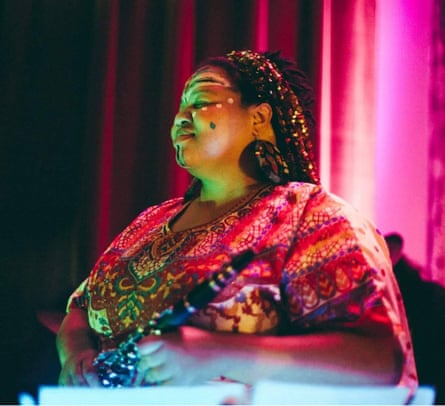 Despite this breakthrough, and later successful protests at radio stations and arts foundations, the Jazz and People’s Movement won few long-term results, and the giants of jazz have remained a rare sight on US television. Even the opening up of television since the 1970s to include the Black Entertainment Network (BET) or Quincy Jones’s QwestTV, not to mention the nightly appearance of hip-hop band the Roots as the Tonight Show studio band is, according to the emerging free-jazz star Angel Bat Dawid, just tokenism. “[Television executives] think that we’re great entertainment, but they don’t consider us serious composers,” she says. Just as electing a black president did not herald the dawn of a post-racial US, neither does Questlove backing Jimmy Fallon serve as a measure of equal opportunity for black creative genius. “To me, it’s just like [television executives are saying]: ‘We got your black people here, so why are y’all still upset?’” Bat Dawid says, mockingly.

The only solution, she declares, is to “destroy” this structure of racism. “It needs to be done away with.” No more asking for visibility – instead, creative black geniuses can find creative alternatives for reaching their audience. “I don’t need nothin’” from television, Dawid says. “I just want to do my music, and if y’all don’t respect me, that’s all right, we’re still going to do it.” With the technology available today, artists can get their music out into the world – they “can be their own companies”, she says, sounding like Ian MacKaye or Jello Biafra or any number of punks who started their own labels in the 1970s.

Still, Shepp and Dawid agree that we need another Jazz and People’s Movement, but “it needs to be expanded” beyond television down to the neighbourhood level. Black kids need equal access to music education, instruments and scholarships, says Shepp. “The awarding of shares and grants and scholarships should be greatly expanded.”

“We’re sitting on so much talent,” agrees Dawid, but it needs to be cultivated like it is in resource-rich white school districts. And the new Jazz and People’s Movement should be made up of not only African Americans but, as Shepp says, “a diversity of races, as we’ve seen in the Black Lives Matter movement”. Like Kirk and his band of protesters, they will wail and play until they blow down the structures of racism.