Great Divide at the Concert Hall 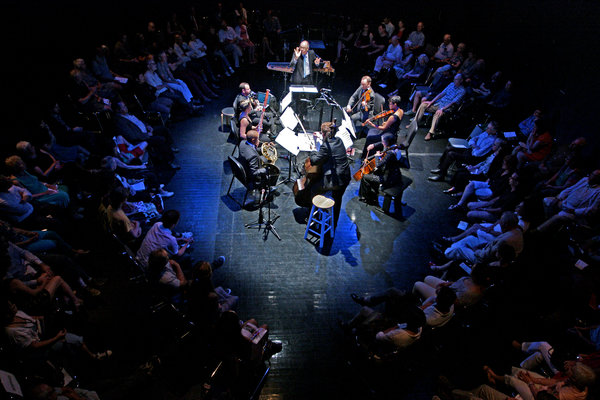 The International Contemporary Ensemble performing the music of Beethoven and the composer and scholar George Lewis at the 2013 Mostly Mozart Festival.
HIROYUKI ITO FOR THE NEW YORK TIMES


“We’ve been invisible,” the composer T. J. Anderson declared, almost immediately after answering the phone for an interview. “Like Ralph Ellison said, you know: We’re invisible, and any chance we get for exposure is very important.” Ellison, who in his youth aspired to be a composer before turning to literature, might have sympathized with Dr. Anderson’s plight.

At 85, Dr. Anderson is an elder statesman among black composers, and his forceful emphasis on visibility emanates from a career-long experience of exclusion. “It’s inevitable, once you are identified — and you always are identified because of race — there’s a certain different expectation,” he said. “You know that you’re not going to be commissioned by the major artistic institutions like the New York Philharmonic and the Metropolitan Opera.”

Why do black composers remain on the outskirts of classical music? Along with broader societal prejudices, there are also factors exclusive to the classical world. Past musicians like James P. Johnson and Duke Ellington, who wrote symphonic works alongside playing stride piano and leading a big band, are typically confined to the jazz canon. Black composers have been criticized in both African-American and white intellectual circles for refusing to embrace mainstream commercial trends. The influence of African-Americans on the orchestral tradition is represented more often by Gershwin’s “Rhapsody in Blue” than William Grant Still’s “Afro-American” Symphony. And African-American music is often relegated to special events outside the main classical season, like Black History Month concerts or Martin Luther King Jr. Day celebrations.

Dr. Anderson once noted that all black composers were avant-garde because of their ostracism from the establishment. In his music — which can be heard on releases by New World Records and Albany Records — jazz and spirituals undergird a steely modernist language. “Fragments,” a 2006 concerto dedicated to Bach and Thelonious Monk, features an improvised piano solo. In the wind trio “Whatever Happened to the Big Bands?” each instrument plays independent music — the musicians sit as far apart as possible — that orbits around the riffs of the swing era.

During the interview, Dr. Anderson invoked the harsh legacy of segregation as continuing to divide the concert hall. But younger composers like Jonathan Bailey Holland don’t necessarily share his vigilance. A professor at the Berklee College of Music, Dr. Holland, 40, writes bright music in a post-Copland, Americana tradition. Race is not central to his musical identity. “As an African-American, I have certain experiences that shaped who I am, and that I draw on as a composer,” he said in a recent phone conversation, but added, “I also have experiences growing up in Michigan that shaped who I am as a composer.”

Expectations about how an African-American composer should sound felt confining at the beginning of Dr. Holland’s career. “I really didn’t want to be thought of as a black composer, because I felt like people were going to pigeonhole me or have certain expectations when it came to the music,” he said. “I would make conscious efforts to not include anything in the music that might have any connection to black music, or might somehow suggest something about who I was, which in and of itself is completely not the point of being an artist.”

In March, the Detroit Symphony Orchestra performed Dr. Holland’s “Shards of Serenity” as part of the New Music Readings for African-American Composers, an initiative organized by the American Composers Orchestra program EarShot. A languid, shimmering tone poem, “Shards of Serenity” is Dr. Holland’s tribute to a Mies van der Rohe building. “I’ve always responded to visual ideas,” he said. His similarly radiant “Halcyon Sun” is available on a 2011 “American Portraits” album by the Cincinnati Symphony.

Since the Detroit Symphony began its Classical Roots series in 1978, it has advocated for African-American composers, a stance maintained under its music director, Leonard Slatkin. In a phone interview, Mr. Slatkin said that Dr. Holland showed “great talent.” He stressed that though the readings were helpful, no single program was more important for fostering diversity than a broader emphasis on arts education. Mr. Slatkin also hesitated to oversell the wider effect of promoting black composers. He asked: “Is going to hear music written by an African-American meaningful — not just to the regular attendees, but is it meaningful within the African-American community? Does it inspire others to want to follow that? I wish I could answer that question. I don’t know.”

That skepticism about long-term ramifications is exemplified in Dr. Holland’s own history with the orchestra. Nearly 20 years ago, he took part in a similar Detroit program for African-American composers. “It left me wondering: ‘Is this really the right answer? Are we still waiting for something to happen that’s not going to happen?’ ” he said. “It felt a little like being stuck in time.” Though he expressed ambivalence about writing music for select events for black composers, he also acknowledged the rarity of any orchestral opportunity today.

Major orchestras, of course, are just one avenue for African-American composition. Black classical music finds its strongest support in nonprofits like the Sphinx Organization and Videmus. These institutions hark back to ensembles like James Reese Europe’s all-black Clef Club Orchestra, which performed at Carnegie Hall in 1912, or the Association for the Advancement of Creative Musicians, an experimental collective founded in 1965. Though the association is more often linked with free jazz, the co-founder Muhal Richard Abrams noted the importance of composition, itself a radical idea for African-American improvisers at the time.

The composer and scholar George Lewis told the story of the association in his monumental 2008 study “A Power Stronger Than Itself.” A longtime member of the collective — known as a trombonist and for his groundbreaking work in electronics — Mr. Lewis also documented the history of how black composers have been excluded from experimental music.

He cited a panel in London in which he palpably felt that racial rift. “They had these ready-made lineages all made up,” he said with a laugh. “They had a black one for me, and they had a white one for the white guy on the panel. So it was like, ‘Well, wait a minute.’ They were very offended when I didn’t put on the suit that didn’t really fit.” A white composer had spoken about the influence of R&B on his own music, Mr. Lewis said, and “it occurred to me that he knew a lot more about Bo Diddley than I did. Why couldn’t that be a part of his lineage, and why couldn’t Andriessen be a part of mine?”

Mr. Lewis’s career has gotten a second wind recently, with commissions by youthful groups like the International Contemporary Ensemble. His latest work is“Memex” for orchestra, based on a proto-Internet information system theorized in 1945. “The thing about the memex is that associational memory is nonlinear,” Mr. Lewis said. “You don’t make these changes from A to B to C. It’s more like you can go from anywhere to anywhere.”

“There’s just no way to make a generalization based on African-American-ness,” he added. “It’s not a category that works.” 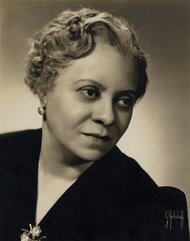 There was a time in classical music when black composers seemed on the cusp of the mainstream. In the 1930s, pioneers like Still and William Dawson wrote symphonies inflected by folk tunes and the blues that were given their premieres by prominent American orchestras. Alain Locke, the spiritual godfather of the Harlem Renaissance, wrote in 1936 that “the Negro has been the main source of America’s popular music, and promises, as we shall see, to become one of the main sources of America’s serious or classical music, at least that part which strives to be natively American and not derivative of European types of music.”

No composer of this era was more impressive than Florence Price, the first black woman to have a work played by a major American orchestra. Price grew up in the Jim Crow South, divorced an abusive husband and had her first symphony performed by the Chicago Symphony Orchestra. Her Symphony in E minor — available on an Albany recording — is a silvery, post-Romantic work that should be a cornerstone of the American repertory.

At the height of her career, Price tried to convince Serge Koussevitzky — conductor of the Boston Symphony Orchestra — to program her music. “To begin with,” she wrote in a 1943 letter, “I have two handicaps — those of sex and race. I am a woman; and I have some Negro blood in my veins. I should like to be judged on merit alone.”

The Boston Symphony has yet to play a note of her music. 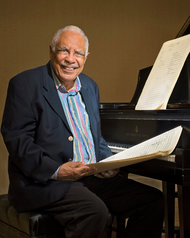